How can we make police work more effective? 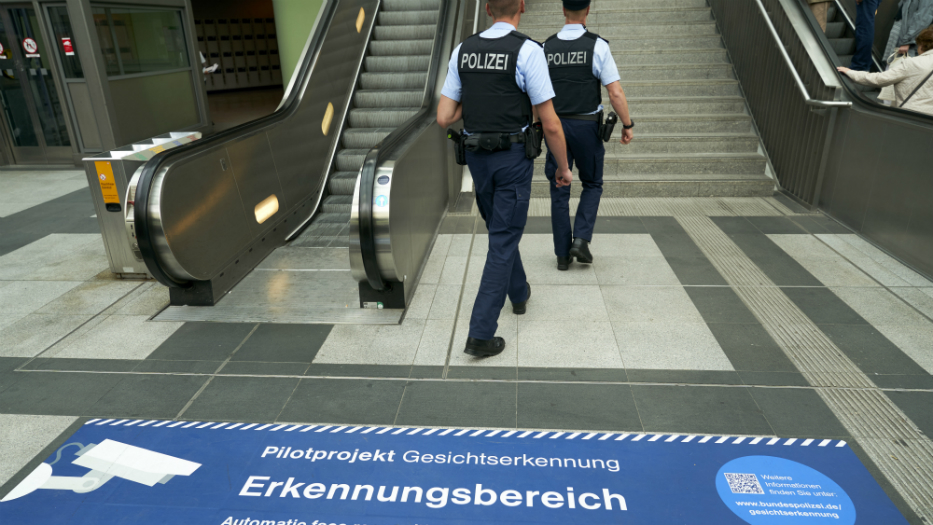 Regardless of whether one or more people walk through the test area, the people wear glasses or a scarf, the systems reliably recognize faces. They work day and night - both with good comparative images and with images of poorer quality.

Based on the test results, Federal Interior Minister Horst Seehofer is confident of a possible introduction in the future:

The average hit rate for the best tested system under realistic test conditions is over 80%. That means: In over 80% of the cases, the test persons were reliably recognized by the systems. Further optimizations and higher hit rates are technically possible.

The false hit rates (e.g. the system recognizes person A, but it is person B) are below 0.1% on average. This means that if there are 1000 comparisons at a train station, the system only detects a single synchronization incorrectly. However, this value can be technically reduced to 0.00018% and thus to a negligible level by combining different systems. The systems have thus proven themselves for use in everyday police operations.

However, the systems tested should only issue an alarm, not make a decision. An alert is always followed by an assessment by police officers as to whether the automatically generated hit requires police intervention and which measures must be taken.

After successfully completing the test, a decision has to be made under which conditions and to what extent the technology is to be used in the future. In doing so, data protection and the right to informational self-determination must also be observed. The discussions required for this will now be started soon.

The Federal Minister of the Interior is in favor of creating a clarifying legal basis in the Federal Police Act in the event of an introduction, from which the prerequisites and framework conditions for the use of systems for face recognition and other intelligent video surveillance emerge clearly.

The use of intelligent video analysis technology for police and business purposes is being tested as part of the joint pilot project "Berlin Südkreuz Security Station" by the Federal Ministry of the Interior, Building and Home Affairs, the Federal Police and Deutsche Bahn AG. The Federal Criminal Police Office advises on this.

The "Intelligent Video Analysis" project is divided into two sub-projects:

In the first sub-project, the use of biometric face recognition technology in live video streams from the surveillance cameras of Deutsche Bahn AG for police purposes is tested. Deutsche Bahn AG does not participate in the content, it merely provides the existing technical infrastructure. Subproject 1 began on August 1, 2017 and ended after one year on July 31, 2018. During this test period, the seasons, weather conditions and lighting conditions could be comprehensively mapped. The test was carried out on the basis of a detailed data protection concept. With biometric facial recognition, not every person was identified. Rather, regardless of the identity of the volunteer participants, a comparison with a test database took place. The voluntary participants had previously given their written consent to participate.

In the second sub-project, intelligent video analysis systems for the treatment and evaluation of various hazard scenarios are expected to be tested by Deutsche Bahn AG and the federal police from January 2019. Among other things, dangerous situations such as the recognition of helpless people or objects that have been left standing are to be automatically recognized and reported. Deutsche Bahn AG is in charge of this sub-project.