Why do people still go to shopping malls

More than 250 new shops in one fell swoop: five years ago, two new shopping malls pounded downtown Stuttgart in the south and north, and another was under construction. The retail trade not only in Stuttgart, but also in the surrounding communities feared for its sales. The mayor also had concerns. "I would not have voted for three new shopping centers in Stuttgart," said Fritz Kuhn (Greens) at the time before the opening.

The concern was justified. Because already five years ago it became clear that in view of the online competition, shopping alone no longer attracts anyone to the city center. Even in large metropolises and so-called prime locations, the so-called frequency, which shows how many people are in the city, is now declining. "The market is saturated when it comes to retail space," says the managing director of the Baden-Württemberg Trade Association, Sabine Hagmann. 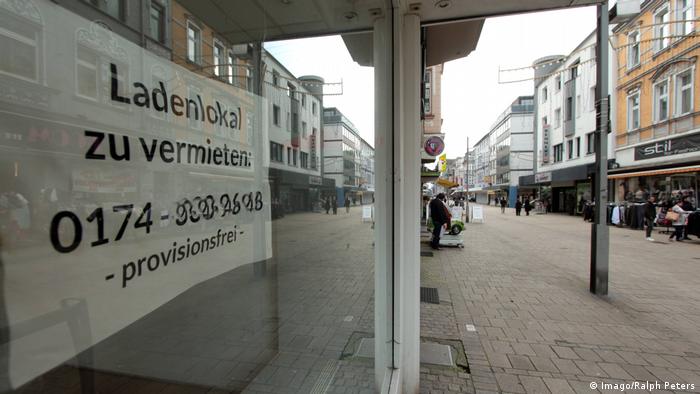 Vacancy in retail - here in Oberhausen

In the Gerber in Stuttgart, which opened at the end of September 2014, ten percent of the space intended for fashion stores is empty. "The structural crisis of the classic chain store is unfortunately also noticeable in the Gerber", says the investor of the shopping center, Württembergische Lebensversicherung AG.

This means that the retailer crisis has also reached the operators of shopping centers. And they are drawing consequences: While the real estate company Unibail-Rodamco-Westfield is still building a new shopping center in Hamburg's Hafencity, competitor ECE, the largest European shopping center operator, has already announced a radical departure.

A new center will only be built in Singen, near the Swiss border, where affluent neighbors are supposed to go shopping. Otherwise, ECE is not planning any more shopping malls in cities for the time being. "We are currently analyzing all of our existing shopping centers and are checking: Where can we locate other uses besides retail?" Said ECE boss Alexander Otto recently in an interview with "Zeit Online".

Mixed usage concepts have also been common practice for a long time. Offices, hotels and apartments have been built on and in shopping centers for years - living space was created at the same time with both the Stuttgart Milaneo and the Gerber in the south of the city center. A parking garage is a matter of course. 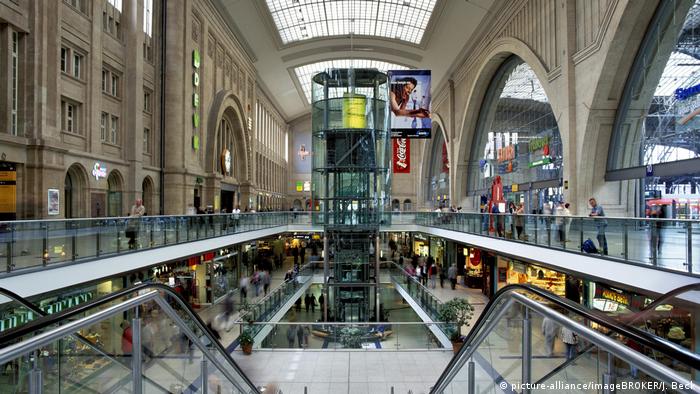 Elsewhere, the focus is now on gastronomy and entertainment. According to ECE, a Jumphouse - a kind of trampoline playground - has been located in the Waterfront in Bremen. A premium cinema is opening in the MyZeil in Frankfurt, and in the Europa Passage in Hamburg there are coworking areas, small, flexibly rentable workspaces from the office to the desk.

Sven Hahn, City Manager of Stuttgart, hopes that such ideas could save the inner cities from the much feared extinction. "In order for the city to function, it also needs such points of attraction," he says. The managing director of the German Association of Cities, Helmut Dedy, agrees: "Even today people still want to stroll and shop," he says. "A city center must also be a communicative meeting point, offer experiences beyond shopping and invite you to linger."

The managing director of the Institute for Retail Research (IFH) in Cologne, Boris Hedde, sees it similarly: "There is a change of perspective away from the product and towards customer needs." And it can be different in a small town, where shopping centers meet daily needs, or in a big city like Hamburg, where cruise tourists stroll. "Comfort and experience have to be taken into account," says Hedde. "Every metropolis needs added value to attract people." 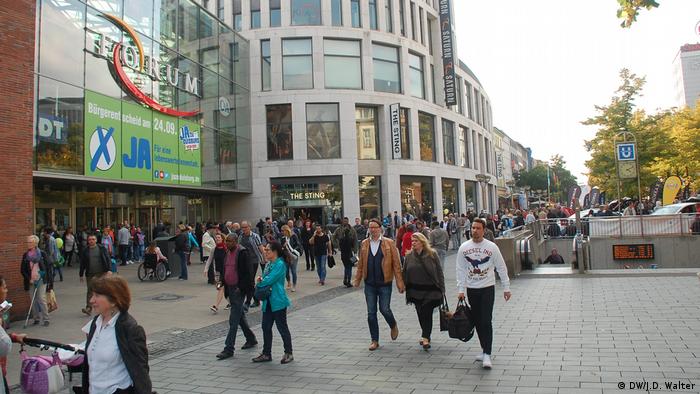 Forum Duisburg shopping center - in the middle of the city center

Not so in the small town

These can also be additional services. The idea behind the digital mall is to combine the habits of online shopping with brick-and-mortar retail. "It is also exciting to use large areas in shopping centers as logistics hubs for home deliveries," says Hedde. Because in the inner cities of the big cities, at least, there is often not enough space for it.

For this purpose, ECE has started a cooperation with the mail order company Otto. On the platform, customers can see which products the dealers have in store. "In the near future we want to test the delivery from the centers to customers in the surrounding area," says a spokesman. Dealers outside of the shopping malls can also join.

It remains to be seen whether the city center will ultimately save it from extinction. "Shopping centers are neither saviors nor grave diggers, but both and - depending on the location," says IFH managing director Hedde.