What is the strongest monster in Monster Hunter

This monster celebrated its premiere in the first part of the series. Even then, it proved what proportions the beasts in the game series can take. Because the Lao Shan Lung is still one of the most powerful monsters in the "Monster Hunter" world.

When Lao Shan Lung stands up, he towers over almost everything.

At the first encounter you also realize that your character could only serve as a toothpick for the Lao Shan Lung. Therefore, the dragon does not actively fight the hunter, but marches towards the gates of the city of Dundorma. The aim of the hunter is to stop him.

But this is quite difficult, as the monster can only be hit in the stomach despite its immense size. There it lacks its steel-hard scales, which makes it vulnerable. Since the giant moves very slowly, the use of barrel bombs is recommended. Should Lao Shan Lung actually reach the gate, ballistae and the dragon spear are still available. The latter weapon is a mechanism that lets giant spears pop out of the gate. However, its range leaves a lot to be desired.

The Gogmazios is an elder dragon who makes his first appearance in Monster Hunter 4 Ultimate. In addition to its size and terrifying shape, it is extremely dangerous in the truest sense of the word.

A walking hell of oil and fire: the Gogmazios

His black body color is no coincidence: pitch black oil is secreted from his skin. You should avoid these puddles of oil if possible, as this liquid ignites after a short time on contact. His physique, on the other hand, comes very close to that of Shaguru Magala.

Gogmazios' special attack is not to be despised either: an oil laser that can kill many a hunter with a single hit. Despite its size, this “black horror” is also capable of flight and loves to feed on gunpowder. In order to achieve this, he does not allow anyone to stand in his way. Even a dragon spear could not stop him once. Incidentally, this is still in his back.

This monster appears for the first time in Monster Hunter 4 and is the final boss of the online mode. This elder dragon is not only one of the strongest of its kind, but is also by far the most formidable beast Monster Hunter has to offer. 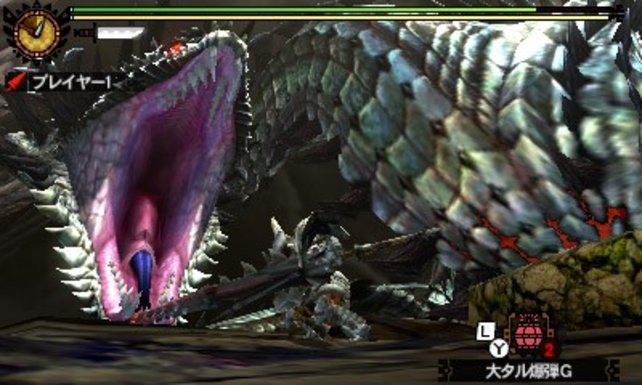 For this snake you are nothing more than a snack: the Dalamadur.

Dalamadur is good and often longer than six Lao Shan Lung (see number 5) in a row. Incidentally, a blue whale fits into it almost 15 times. Thus, the snake-like elder dragon surrounds the entire battle area. The first time you encounter it, it slowly winds its way up a mountain peak, while you become aware of the size of this monster for the first time.

However, this size also offers advantages for the hunter. So at certain times you can climb around on the giant in "Shadow of the Colossus" fashion and work on such important body parts, such as its claws. However, you should watch out for its meteor shower. Its jet of fire is also extremely dangerous, as it incapacitates most hunters after one hit.

The Fatalis is a veteran and has been around since the first part of the "Monster Hunter" series. To this day he is one of the strongest and most powerful creatures in the entire game universe. 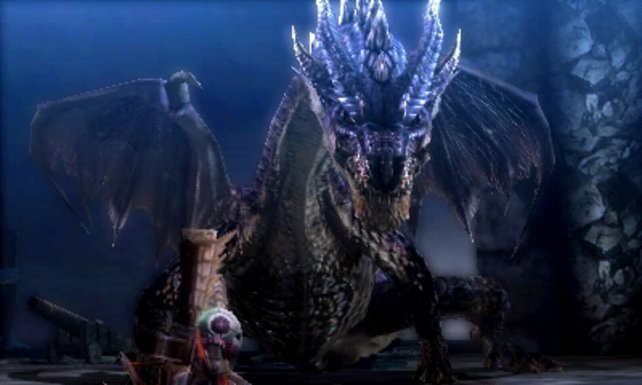 The Fatalis: its power is almost limitless.

There are numerous legends about him, such as that he melts the steel of his opponents on his skin in order to make them more resistant. Another legend has it that a Lao Shan Lung had to be stopped by hunters because it was fleeing from a Fatalis in the direction of the city. Even though the Fatalis is far smaller than the Lao Shan Lung. Even the battlefield seems mysterious: the sun darkens and the beast emerges from a black hole. Thus the hunter knows immediately in which hell he has now landed.

His attacks are also terrifying. In addition to his mighty flame breath and giant fireballs, his most powerful weapon is his piercing jaw. Because of its snake-like neck, the "black hell dragon" is able to snap shut from great distances. This attack was devious, especially in the first Monster Hunter. Because during this attack he deals maximum damage with every part of the body. But only if he moves. The Fatalis is a monster in the truest sense of the word.