"Well the further I must go / Then the nearer I must stay / Men have sailed seven seas to be free ..."- Van Morrison, the patron saint of all seekers of meaning, releases his 32nd studio album with" Keep It Simple ".

"Only a fool could think that things would ever be simple again", sings the Belfast cowboy Van Morrison in" No Thing "on the album" Keep It Simple ", his 32nd studio album.*

As a reminder: Van Morrison published until 1991 and including the album "Hymns to the Silence" without exception great music with unbelievable songs and a voice that can hide so much and reveal everything at the same time. Century songs like "Madame George", "Cyprus Avenue", "Moondance", "Crazy Love", "Listen to the Lion", "Snow in San Anselmo", "When the Healing has begun", "Rolling Hills" ( to name just a very few) and albums of the century such as "Astral Weeks" (1968), "Moondance" (1970), "His Band and the Street Choir" (1971), "Saint Dominic's Preview" (1972), "Hard Nose the Highway "(1973)," Veedon Fleece "(1974) and" Into the Music "(1979), as well as irresistible live moments on" It's Too Late To Stop Now "(1974) formed back then - in the early 1980s - the essence of many record collections. What reads like an end was in a way just the beginning, because George Ivan Morrison never stopped being a musician, nor did he stop releasing good albums. On the contrary. With "Common One" (1980) and "Beautiful Vision" (1982) he immediately showed that a musician who was already successful in the 1960s and 1970s can also be top in the 1980s.

THE song about THE successful day

Further highlights in the 1980s: The unusually synthetic-heavy and strongly esoteric-adorned "Inarticulate Speech of the Heart" (1983), the heavily underrated albums "No Guru, No Method, No Teacher" (1986) and "Poetic Champions Compose "(1987), the collaboration with The Chieftaines on" Irish Heartbeat "(1988) and arguably the greatest gem at the end of the decade," Avalon Sunset "(1989). Incidentally, Peter Handke referred to the song "Coney Island" from the latter album when he wrote about trying to make a successful day. It says: "Sing me the song of the happy day! There is actually a song that could have that title. Van Morrison sings it, "my singer" [...] It's a very short song, perhaps the shortest ballad ever, it lasts just a minute [...] and that day becomes more talking than singing narrated, so to speak without a sound or tone, a murmur, as it were, in passing, from a mightily expanded chest, suddenly breaking off at the moment of the greatest possible width ..."
The 1990s began as the 1980s ended: with almost unbelievable bursts of creativity of the highest quality and the two albums "Enlightenment" (1990) and "Hymns to the silence" (1991). But after that it was over with extraordinary. For the first time a number of average albums followed - a phase that in principle continues to this day, interrupted only by albums such as "Days Like This" (1995), "The Healing Game" (1997), "What's Wrong With This Picture" (2003) and "Magic Time" (2005), although an album that is weak by Morrison standards still scores very well compared to the rest of the music world.

I'm not a legend in my own mind 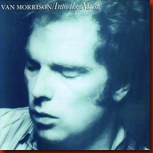 And now "Keep It Simple", kept in a simple blue sadness, whereupon the singer doesn’t hide behind dark sunglasses for once. The cover is reminiscent of his masterful album "Into the Music" from 1979, and with "Keep It Simple" Van Morrison actually leads us deeply back into his music, almost to a standstill and back to various starting points according to what Robert was Musil in "Man without Qualities" wrote: "And one day there is a stormy need to get out! Jump off! A homesickness for being held up, not evolving, getting stuck, returning to a point before the wrong turn. [...] Everything that is strong is simple."The strength of" Keep it simple "lies in its simplicity, a blues album with 11 new songs by Van Morrison, strengthened with its unsurpassable mixture of a keen sense of reality and transreal mysticism, eternally on the journey to truth and reality, meaning and Sensuality: "Well the further I must go / Then the nearer I must stay / Men have sailed seven seas to be free ...", he sings, for example, in the majestic" Song of Home ". The nightclub song" Don't go to Nightclubs anymore "is also excellent, in which the Irishman, described by many as a legend, the line of text"I'm not a legend in my own mind"accommodates.

Soul is not the color of your skin

The album starts with the slow blues grumbler "How can a poor boy?" and the leitmotif of alienation as a basic experience: "Had my rise, had my downfall / Now I'm gonna rise up again / Had my degrees, my initiations / Not speaking to the profane". It's a very unusual start, but it makes sense the more you listen to the album. One of the core pieces of the album bears the profane title" Soul ", which also comes up with a wonderful electric guitar solo. Morrison - you can yourself imagine that he was asked whether he could call himself a soul singer as a pale face - defines soul as follows: "Soul is a feeling, feeling deep within / Soul is not the color of your skin / Soul is the essence, essence from within / It is where everything begins". Vocally he is supported (with two exceptions) by a group of backing vocals, including Karen Hamill, Margo Buchanan, Crawford Bell and Katie Kissoon. Let's stay with the line-up: With Cindy Cashdollar on steel guitar, John, among others Allair on organ, John Platania on guitar, David Hayes on bass and Neal Wilkinson on drums, there are lots of old friends to be heard again and especially John Allair behaves very conspicuously. He gets great songs like "Lover Come Back" through him "The last icing on the cake, so as not to (v) pale in Van Morrison's oeuvre. It is also nice that Morrison does not only stick to the role of the singer. In addition to the acoustic guitar, piano and saxophone, Van the Man uses the ukulele for three songs to be heard in the title song, in "That's Entrainment" and in "Behind the Ritual", the latter a further highlight and at the same time the final song of the album.

Question to Van Morrison: "What state of mind or state of mind do you enter when you write a song?" Answer: "Drinking wine in the alley / Making time, talking all out of my mind / Drinking that wine in the days gone by / [...] / Getting high behind the ritual". In this almost 7-minute song he dives into those spheres for which he is so valued, where this grumbling and grumbling has a method, where he forgets himself and his surroundings, where he holds onto the longing and enjoys the moment. In the middle in the song the singer even turns to absolute simplification. Van Morrison actually sings one and a half stanzas in "Behind the ritual"Blah, blah, blah ..."and thus finally proves that the power of his voice doesn't really matter what he sings, the main thing is that he sings. (Manfred Horak)