What is carbon farming

Traditional agriculture has failed, but there are alternatives

I still remember cycling along grain fields on the way to school. Of course, at the age of ten I didn't realize that the huge machines and the well-tended monotony of the cultivated fields are part of the greatest problem on earth: Agriculture generates 30% of all greenhouse gas emissions and agriculture, and especially livestock, are the leading cause of global deforestation. [1]

A few years ago, there was another realization: It doesn't have to stay that way. There are agricultural models that produce better food in larger quantities and at the same time produce CO2 neutralize. The global transition from “destructive agriculture” to “regenerative agriculture” is not only possible, it is necessary. 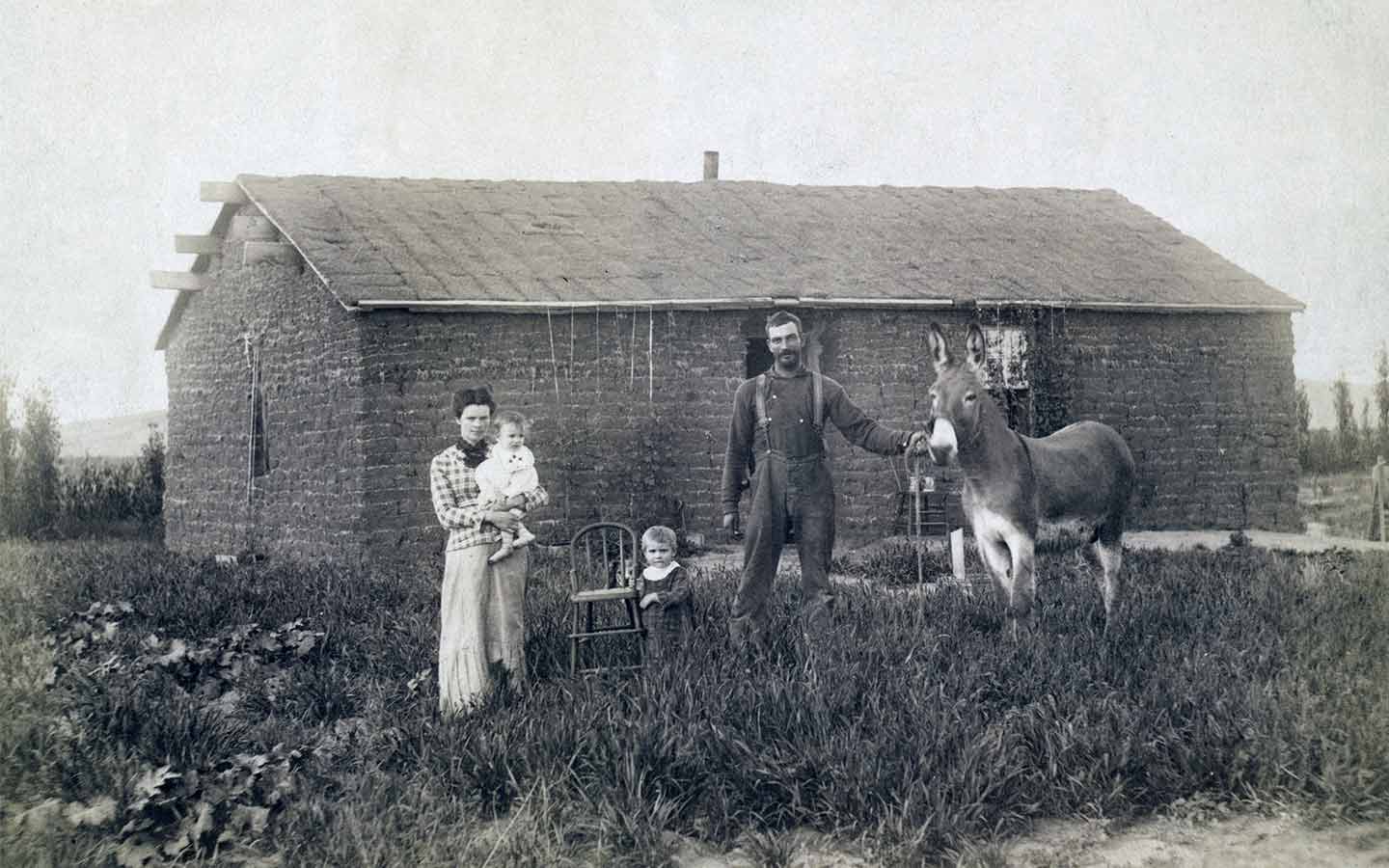 Before the “Green Revolution” in the 1950s, our food came from small, diverse farms. Then muscle power was replaced by machines at breakneck speed. Chemical fertilizers and pesticides in the fields (and in our food) were soon a matter of course. We shaped nature according to our needs. And for a short time it worked: fewer workers were needed, crop losses decreased and yields increased.

Until they stagnated. We needed more effective fertilizers and more toxic pesticides. This arms race against nature cannot go on like this: Food production now devours more energy than it generates. The too often plowed and treated soils are depleted. Insects, the main pollinators of our plant-based foods, are dying out. The fields that produce our food have become hostile to life. 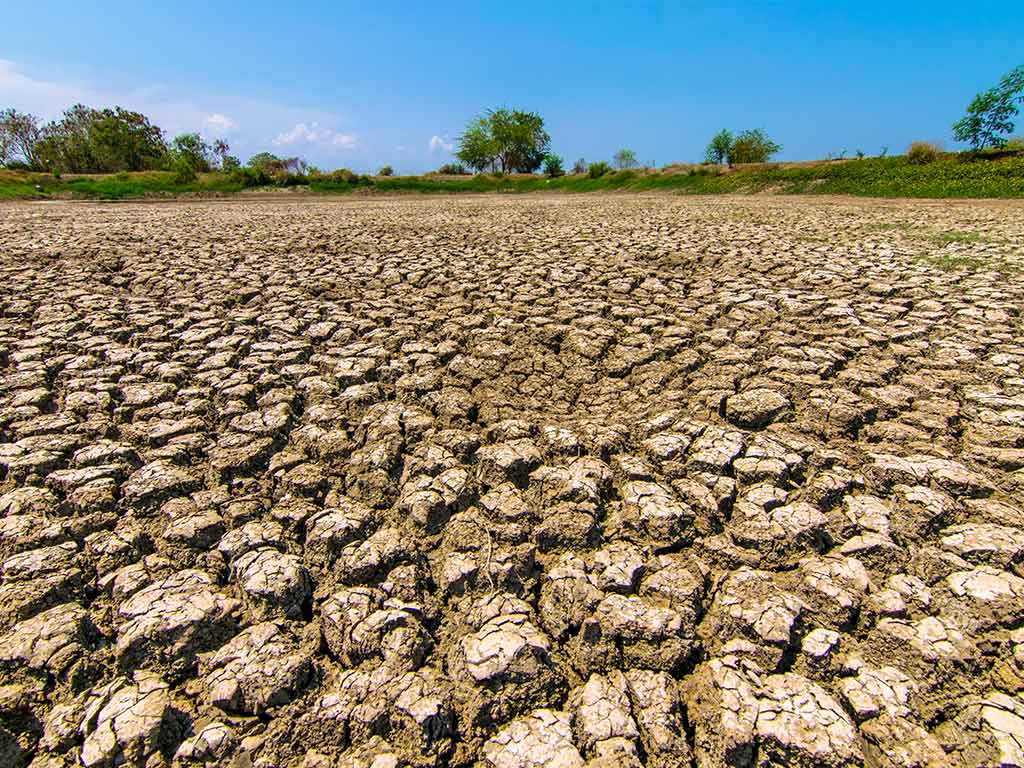 Worldwide, at least 50% of the grain grown is fed to livestock.[2]

With the beginning of the “Green Revolution”, cattle, pigs and poultry were crammed into real factories, businesses that are designed to generate maximum profit with minimal costs - and that inevitably at the expense of animals and our planet. 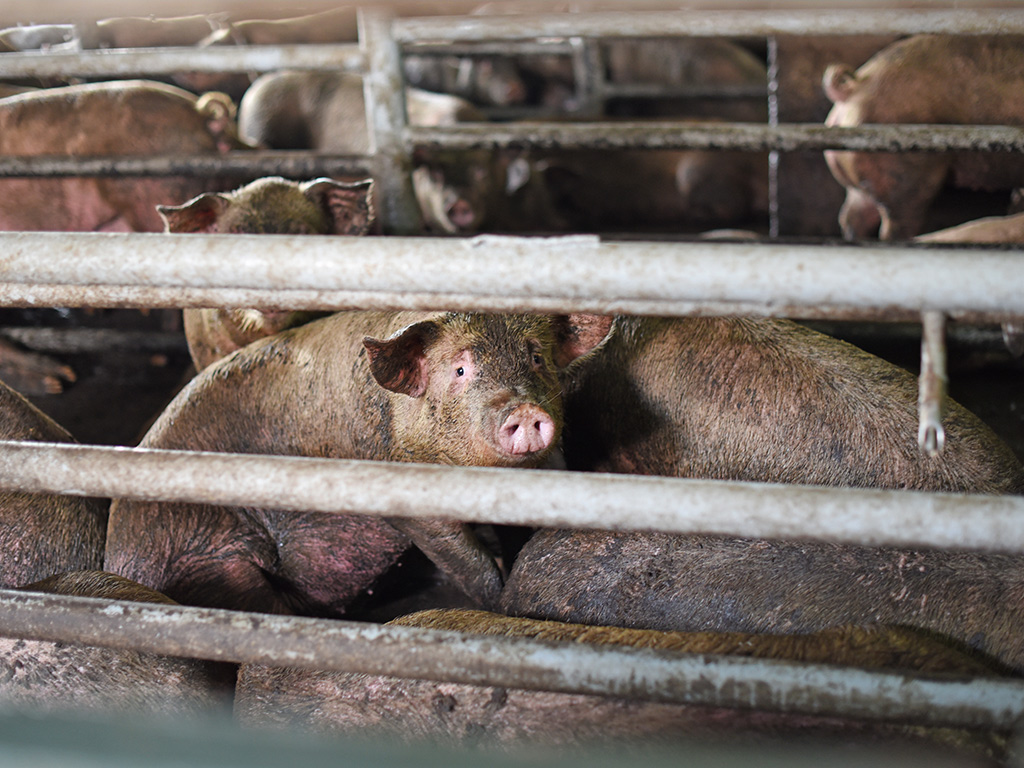 That's still like that. Every year 56 Billions Animals endure unimaginable suffering until they are slaughtered. This industry also generates more greenhouse gas emissions than all planes, cars and ships combined,[3] uses at least 130 trillion liters of water annually,[4] caused the antibiotic crisis[5] and is responsible for the destruction of 91% of the Amazon rainforest.[6]

In short: the “Green Revolution” is anything but green. The only ones who benefit from this model are large agrochemical corporations; they make billions in profits, which their lobbying finances on a large scale and which enables them to influence politics in order to further advance their climate-damaging agenda.

There is still - but not much longer - time for one real green revolution. 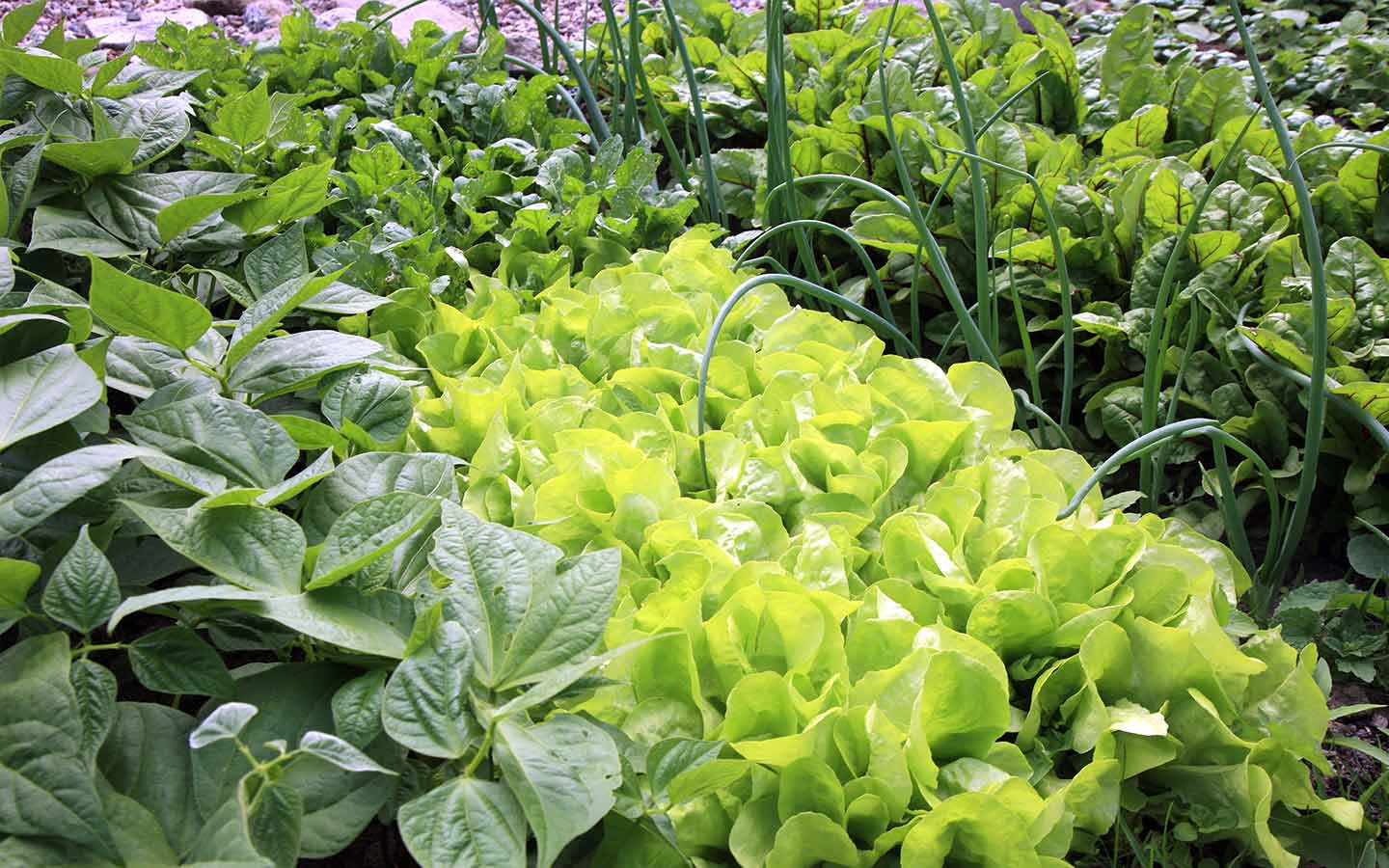 Instead of the common monocultures, fields should be cultivated with different types of plants. If implemented correctly, the plant growth is mutually supported. Mixed cultures produce higher yields than monocultures, regardless of chemical fertilizers or pesticides. (Video: Life in Syntropy) 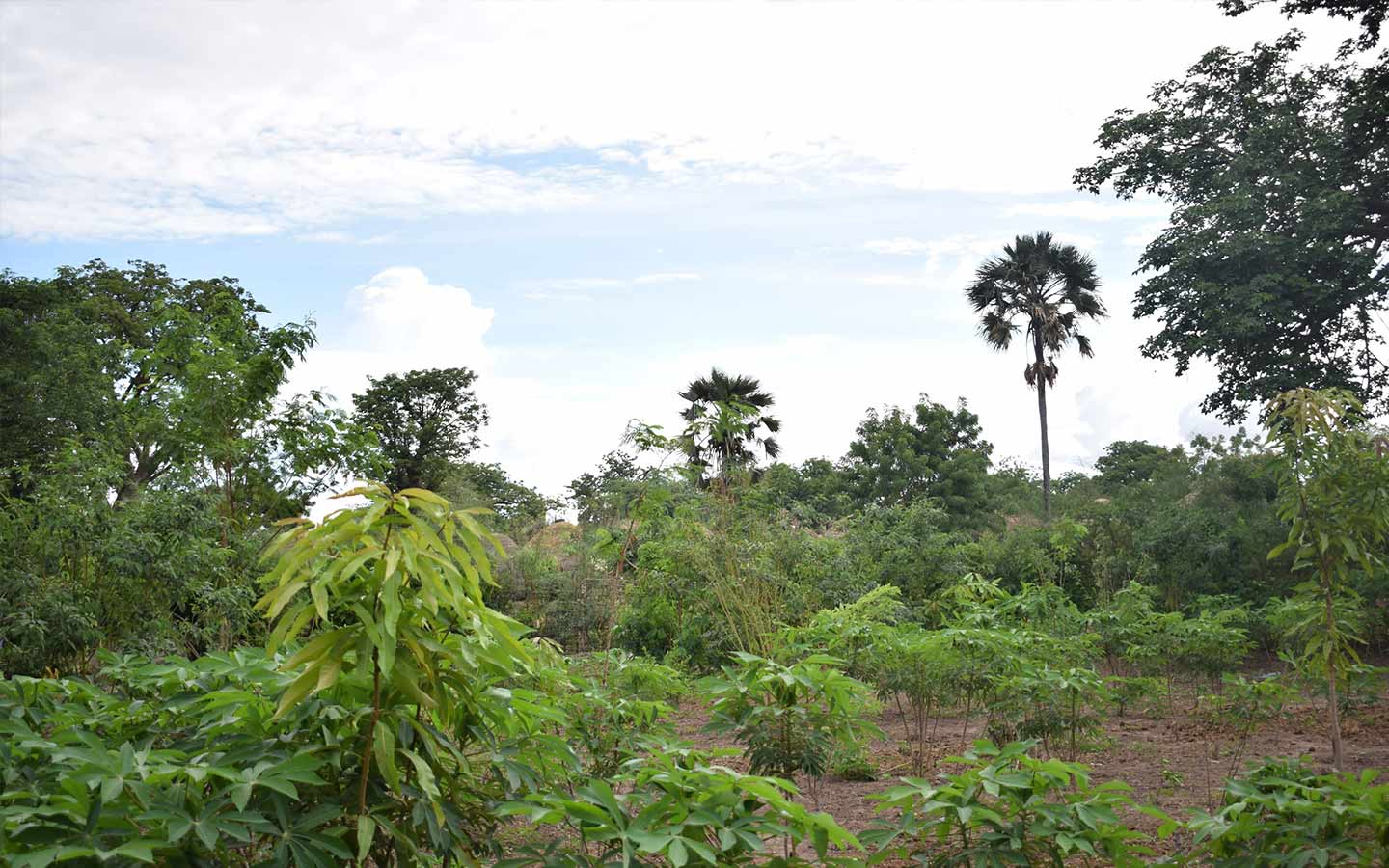 An agroforestry system from our project in Senegal.

Planting trees in fields increases yields and drastically reduces the risk of droughts and wind erosion. In addition, the firewood can be used by the farmers as an additional source of income. (Video: Field forestry in France) 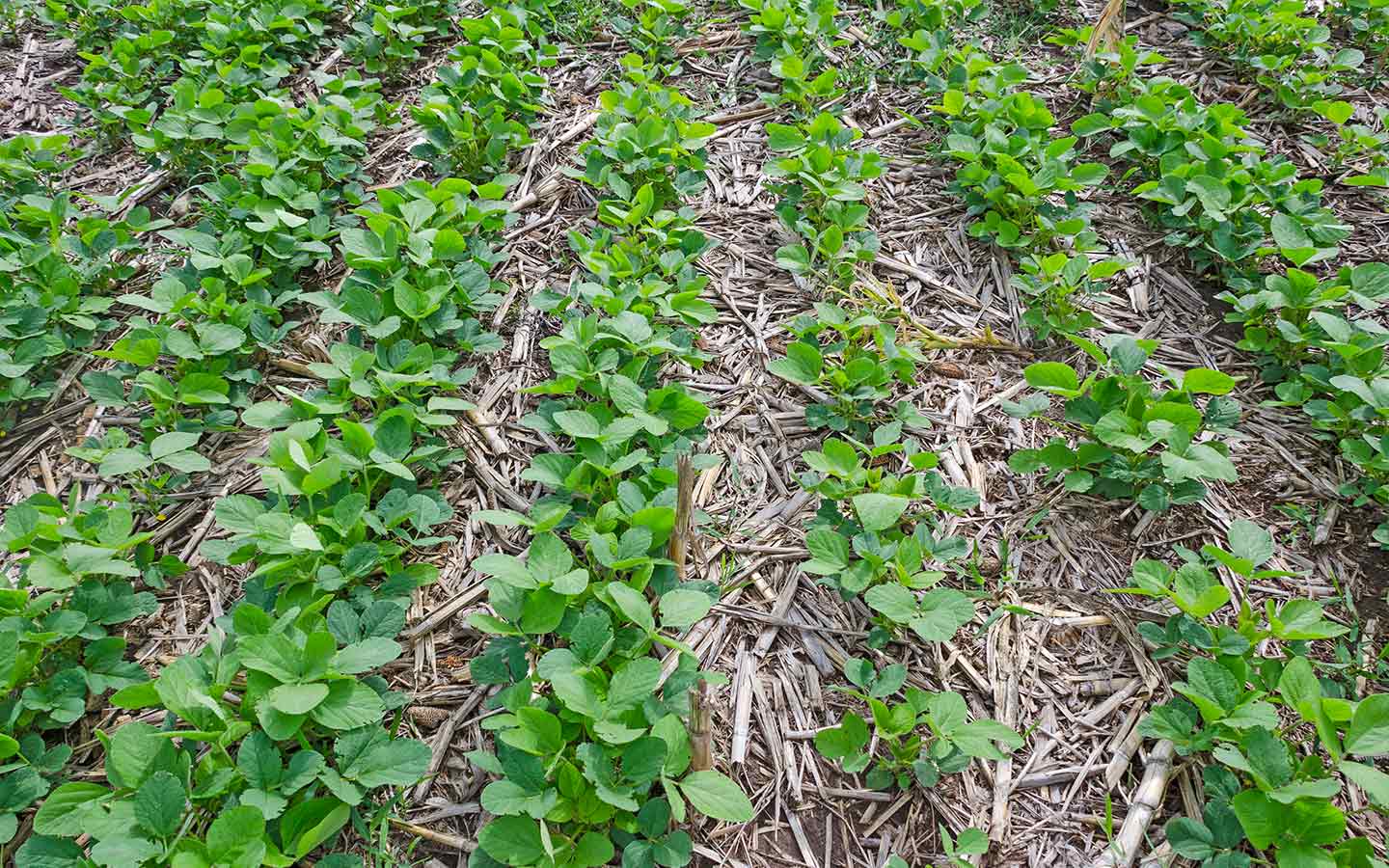 When the soil is plowed, microorganisms are exposed to the sun and wind and die. In addition, the carbon from the soil reacts with the oxygen in the air and turns into CO2. No-till sowing helps keep the soil moist and fertile. (Video: Direct sowing in practice) 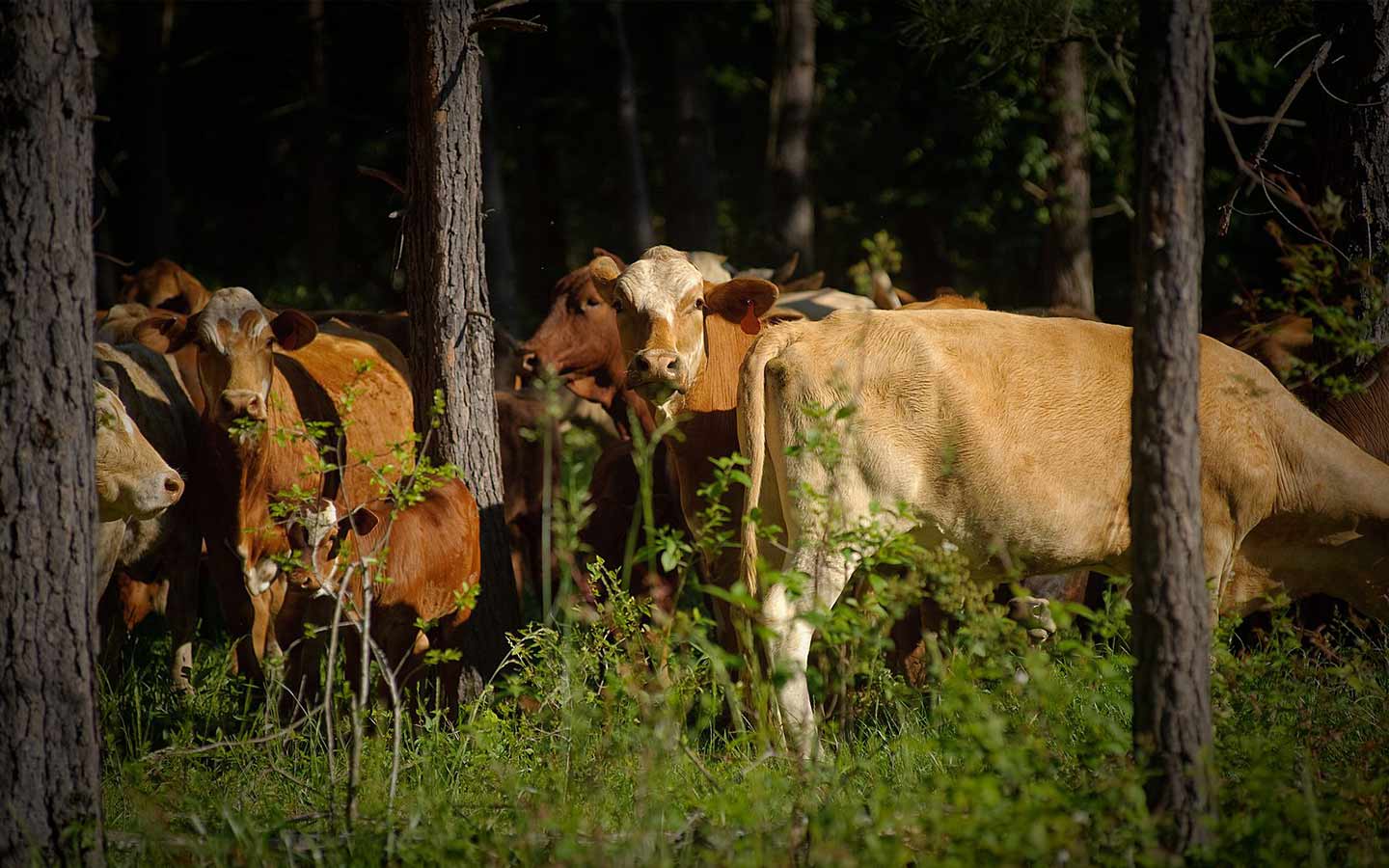 More than 60% of the land used for agriculture worldwide is pasture land. Often these areas are grazed too intensively or not intensively enough, which leads to soil degradation. A soil, on the other hand, can even benefit from controlled grazing that corresponds to a natural rhythm. If we add trees to the grazing system, the climate balance of livestock farming improves significantly. (Video: Intensive forest grazing, TED Talk on the subject of controlled grazing) 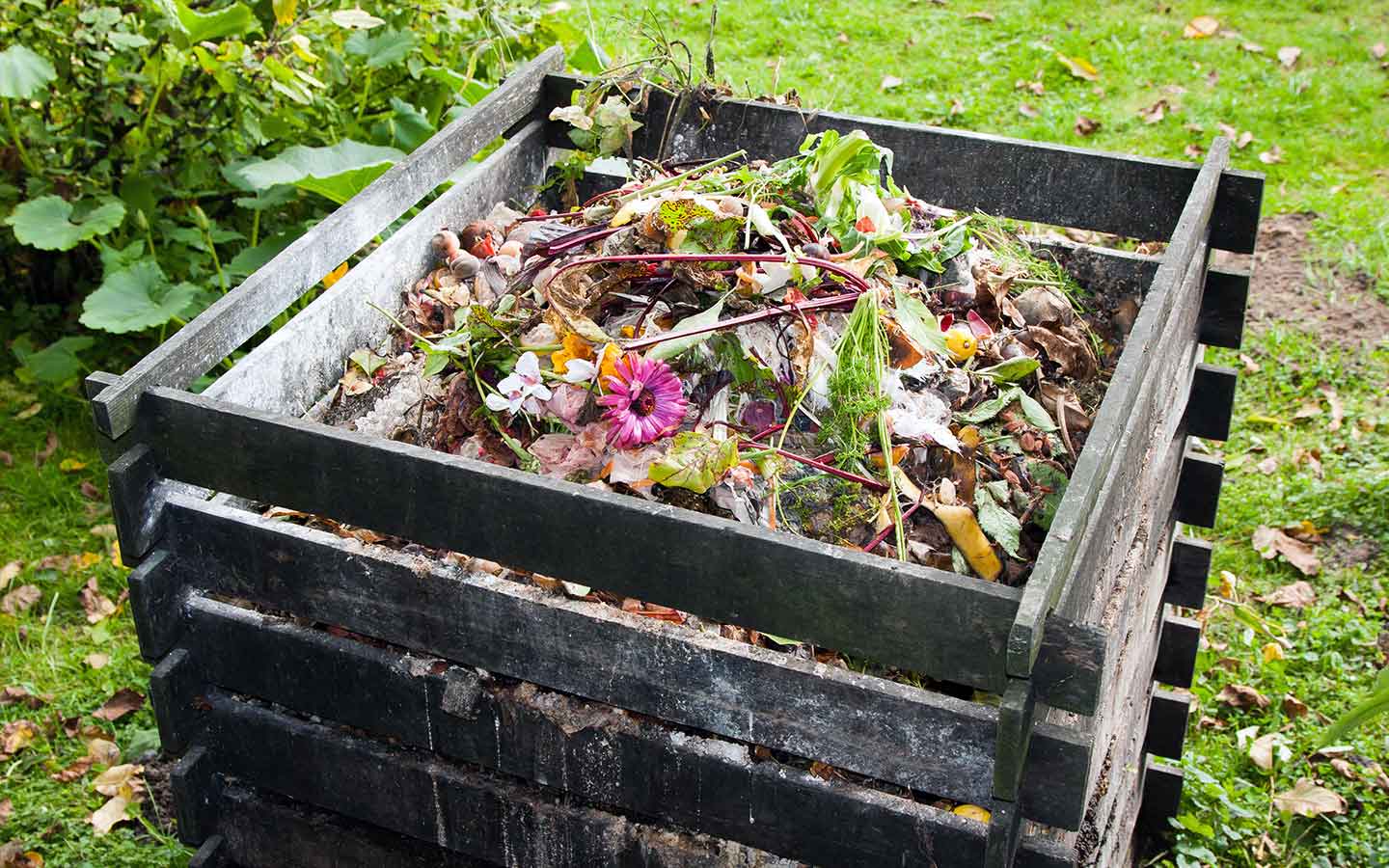 Composting is a process in which organic waste is converted into humus that can be used as fertilizer. In contrast to chemically fertilized soils, soils that are fertilized with compost have a very high concentration of microbiotic organisms. Soils rich in humus also store a lot of carbon, especially when they are enriched with biochar. (Video)

Perennials instead of annuals 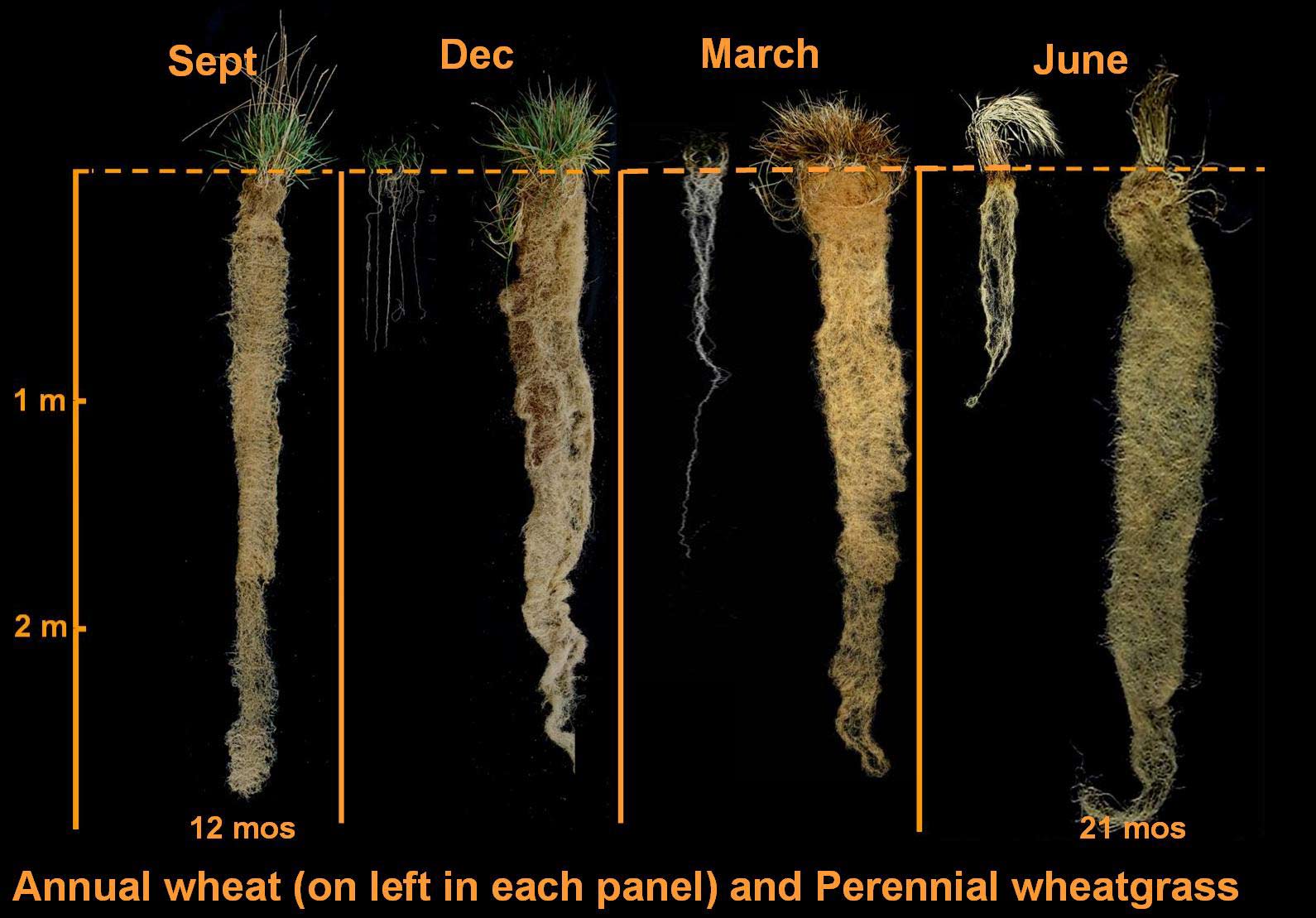 Most of our current staple foods (e.g. grain, wheat, rice) come from annual grain varieties that have to be replanted every year. Perennial plants, on the other hand, produce food for decades, require little or no fertilizer and store large amounts of carbon in their roots.

Farms that focus on diversity 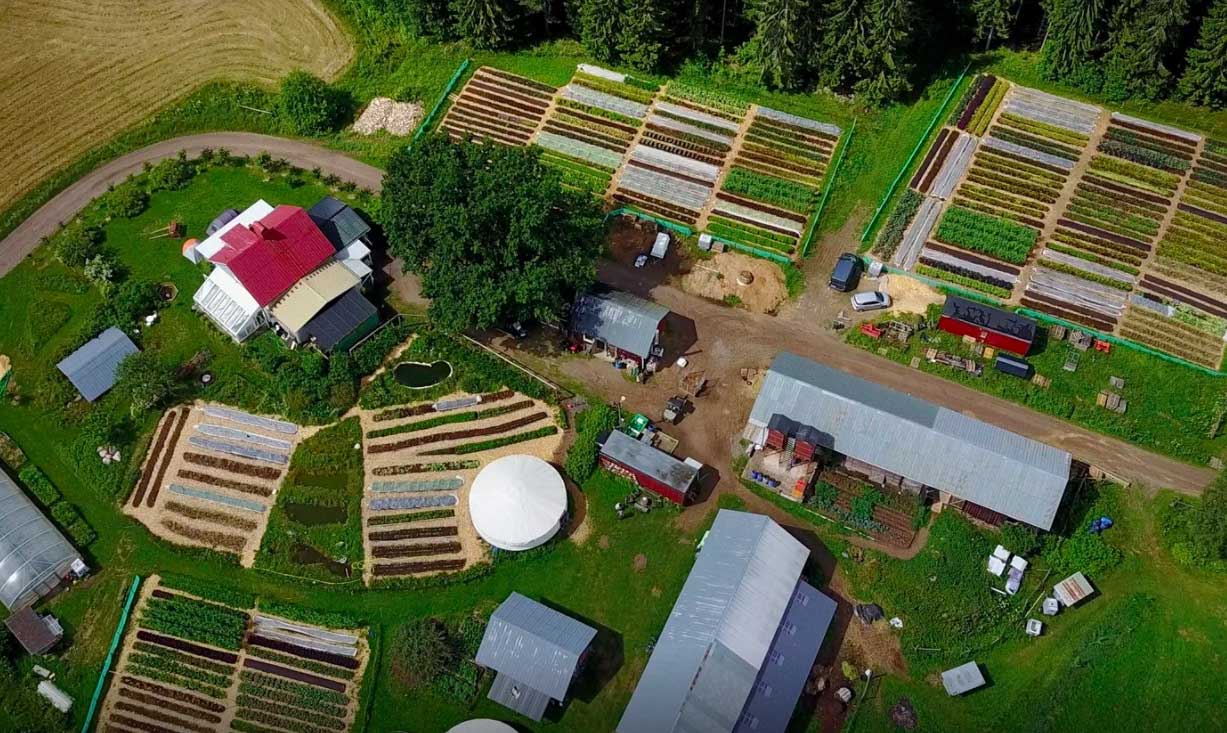 Farms that focus on diversity have great advantages over conventional monocultures: They produce up to 20 times more food per hectare, can often do without the use of chemical fertilizers and are much more resistant to dry periods and pests. (Video: The Ridge Dael Farm in Sweden)

At this point you have probably already seen through that we at Ecosia are staunch advocates of regenerative agriculture. In combination with reforestation, it is able to neutralize a large part of the CO2 emissions released in the last century. We also believe that regenerative agriculture will play a key role in providing nutritious food to our ever-growing human family.

That is why we try to integrate regenerative agricultural practices into our tree planting projects wherever possible. In Burkina Faso, for example, we work with local farmers who grow beans and other plants between our trees. In Senegal, we plant trees on cultivated agricultural land.

What can you do?

A successful transition from destructive to regenerative agriculture is the task of our generation. Unfortunately, we cannot rely on our politicians on this point: in most countries, politics is very much influenced by the traditional agriculture lobby.

That is why we need a grassroots movement led by the people to set this transition in motion. Here are a few things I think any of us can do:

We are at a crossroads. The path we have traveled over the past seventy years has resulted in ecological destruction and cruelty to our fellow creatures. But there is another way and this is our last chance for a sustainable, healthy future. Let's go it together.