How has alternative medicine helped you

Allergies, asthma or neurodermatitis are chronic diseases that occur in bursts and are a heavy burden for those affected and their relatives. It is therefore understandable that many patients are looking for alternative treatment methods in addition to conventional scientific medicine.
They hope for fewer side effects, and the providers of the (mostly privately paid) alternative procedures often take more time for their patients.
And this both for the anamnesis and for the treatment.
Around sixty percent of the population therefore make use of alternative healing methods. The number of doctors who also offer complementary medicine has consequently tripled in the last twenty-five years. Studies also show that users of such procedures do more themselves in order to get well again, so the encouragement from the therapist also triggers a rethink in the way they live.

Alternative treatment methods are summarized under the collective term of complementary medicine. This includes complete therapy systems such as traditional Chinese medicine (TCM), naturopathic treatments (phytotherapy, exercise therapy) or individual procedures such as aromatherapy. This variety of terms complicates the discussion.
Some therapeutic methods have long been established in classical medicine, such as herbal medicine. Acupuncture in pain therapy has now become part of medical guidelines. Some procedures have neither been scientifically proven nor recognized in terms of their effectiveness - such as magnetic resonance and bioresonance therapy as well as kinesiology. Naturopaths call for a clear demarcation of dubious procedures that romp around under the guise of alternative medicine, as they bring serious complementary procedures into disrepute.

Methods that are critical according to current studies:

Some methods are not considered useful on the basis of objective information by scientists. Here is some key information on this:

The Kinesiology claims to recognize allergies and intolerances by the fact that touching an allergen leads to changes in muscle tension that an experienced kinesiologist can detect. Controlled studies have not been able to confirm these relationships.

The Bioresonance is based on the assertion that humans are surrounded by electromagnetic vibrations, which can be changed by allergies and which can show this. These vibrations are recorded with certain devices. Allergies should be diagnosed in this way and subsequently also "deleted".
This has been checked in controlled studies at various universities and clinics. The mode of action could not be confirmed. The conclusion of the study is that bioresonance is not classified as useful. In addition, there were cases in which those affected exposed themselves to the "deleted" allergen again and suffered severe allergic reactions.

The IgG (IgG4) antibody test is touted for the diagnosis of food intolerance. On the basis of a blood test, a large number of allegedly intolerable foods should be able to be determined and conclusions can be drawn about various diseases and symptoms. The diets to be followed are very restrictive. The procedure is strictly rejected by the German-speaking and European allergological medical and consumer associations.

In the Autologous blood treatment blood is taken from the patient, processed or returned in unchanged form. The principle of action is based on the assumption that the body's own substances can stimulate the organism to intensify the defense reaction. The patient's blood serves as a kind of medicine. Depending on the procedure, various substances are added to the blood, such as snake venom, formic acid or homeopathic remedies. There are only a few studies on the effectiveness that are not convincing in the result.

The Orthomolecular Medicine is often recommended to strengthen the immune system and touted in relation to allergies, asthma and neurodermatitis. The idea behind this is that diseases occur due to deficiencies. In order to prevent or treat them, substances that are normally present in the body, such as vitamins, minerals or trace elements, are added to the body in large quantities and in combinations. On the other hand, there are studies that the individual substances and combinations have no positive effect on health in healthy people. In most of the studies, the effect of the individual substances was never investigated in the high dose used in orthomolecular medicine. According to the DAAB, it makes sense to specifically remedy deficiencies in vitamins and minerals with an appropriately adjusted dose of dietary supplements.

Procedures that can have a positive effect:

acupuncture
How and why acupuncture works has not yet been fully researched. Acupuncture assumes that there are energetic channels (meridians) that run through the whole body. Needles are supposed to stimulate certain trigger points along the meridians and thus release a blockage. When it comes to acupuncture, it is important that it belongs in the hands of a trained acupuncture doctor.

Study situation
Various studies have shown that acupuncture treatment can positively support therapy for allergic rhinitis (hay fever). There are obviously differences between year-round and seasonal allergic rhinitis. If sufferers with year-round allergic rhinitis were treated at actual acupuncture points, this led to a significant reduction in symptoms and an increase in quality of life. The effects of the treatment were still present and detectable even after the acupuncture sessions were completed.
If the affected persons suffered from seasonal rhinitis complaints, the examinations carried out yielded different results. While some studies were unsuccessful, a German study on seasonal allergic rhinitis documented a significant improvement in the disease-specific quality of life and a reduced intake of the antihistamine. However, this effect could no longer be confirmed for the following year.
The DAAB recommendsto try acupuncture as an accompanying therapy for allergic rhinitis.
Note: The statutory health insurance companies currently only cover the costs of acupuncture treatment for chronic back pain and chronic knee pain due to osteoarthritis. The treatment may only be carried out by doctors with a quality-defined additional qualification in acupuncture. In the case of illnesses such as migraines or allergies, the statutory health insurance companies usually do not reimburse acupuncture. 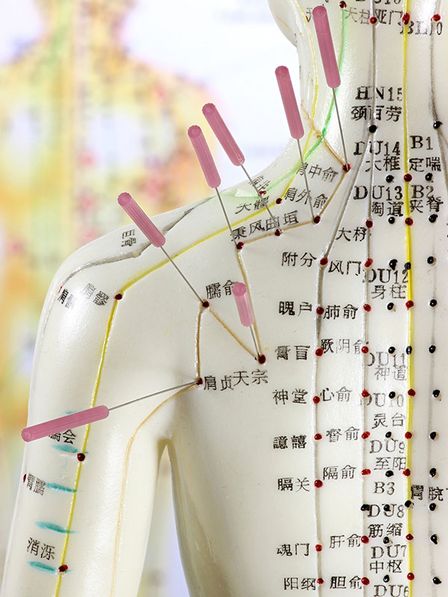 homeopathy
Homeopathy is one of the most popular alternative procedures, although its effectiveness is debatable. Homeopathy relies on the principle of "treating similar with similar".
To produce homeopathic medicines, the basic substances are potentiated (diluted) and repeatedly shaken (e.g. in a ratio of 1: 100) with water or ethanol. The teaching of homeopathy is not recognized, as clinical studies rarely find an effectiveness of homeopathic medicines that goes beyond the placebo effect. Perceived successes are attributed to the patient's belief in the effectiveness of the treatment (autosuggestion) or the quality of the therapist-patient relationship. Nevertheless, observational studies on homeopathy in children and adults with allergies and / or neurodermatitis often show a relief of the symptoms and an improved quality of life. Critics point out that such studies cannot rule out the placebo effects (positive expectations compared to the mostly privately financed therapy, increased attention from the therapist, continuous care).

Phytotherapy - plants with healing power
Plants as remedies are part of the oldest healing art in the world, phytotherapy. It includes the treatment and prevention of diseases with plants. Plant parts and their preparations (extracts, teas) as well as herbal finished medicinal products (phytopharmaceuticals) are obtained from aqueous, alcoholic or organic extracts of the plants. These are brought into different forms - for example as tablets, coated tablets or drops. Medicinal products of plant origin are subject to the same criteria for demonstrating effectiveness and safety as synthetic medicinal products. The "Gütesiegel Arzneimittel" provides guidance. From the approval number, the "Z. Nr.", A user can tell whether it is a tested and approved drug. If this is missing, the agent usually falls under the food law and is considered a dietary supplement. No proof of effectiveness has to be provided here.
Herbal medicines work, but that in turn means that they can also have undesirable effects. Therefore: Not everything that is "vegetable" is always "harmless". Consultation with a doctor or pharmacist is therefore also recommended before using phytopharmaceuticals.
Attention cross allergies: If you have a pollen allergy, watch out for possible cross allergies and get advice from the DAAB science team. Special caution applies here with essential gargle solutions as well as inhalations and herbal teas.

The Kneipp therapy can be used preventively as well as accompanying the treatment of existing diseases.

The DAAB offers the “Alternative Healing Methods” guide for the various procedures as well as advice from the scientific team for members of the DAAB.