How are radio waves generated 2

The technical basics of radar

The principle of the radar

The principle, after which the location with radio waves works is the use of the Echo effect of electromagnetic waves. To do this, the speed of propagation of the waves must be known and the time from sending the waves to receiving them again must be measured. The distance to the next obstacle then results from a simple formula.

Radio waves behave similarly to light waves. They spread out in a straight line and, under certain circumstances, are reflected, refracted and bent. 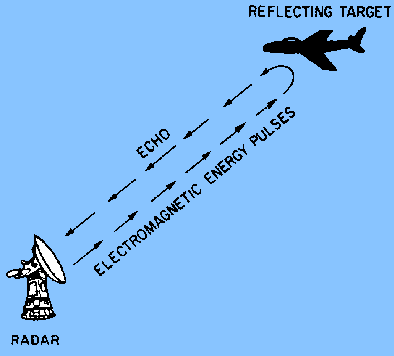 reflection : Occurs on almost all objects. The incident wave is reflected back at an angle that is equal to the angle of incidence.

refraction: Occurs when the wave passes from one medium to another. Depending on the nature of the media, the direction of the wave is changed.

diffraction: Diffraction occurs when the diameter of the "" hit "" object is in the same size ratio as the wavelength.

Electromagnetic waves are also reflected from the ionosphere and the earth's surface.

The development of shortwave technology made it possible for G. Breit and M.A.Tuve to determine the height of the ionosphere by means of high-frequency pulses in 1925.

Today radar for the location of ships, vehicles and missiles mostly operate at a wavelength of a few meters and centimeters. 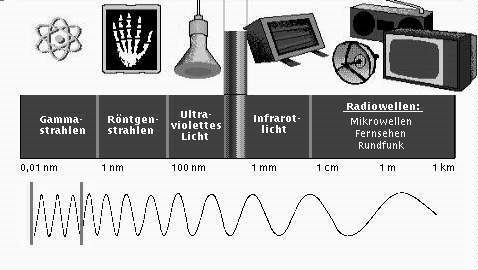 Structure of a radar device

The oldest oscillator is the magnetron. Magnetic induction creates a strong, oscillating magnetic field in a cavity in the middle of the device. The magnetic field is then conducted to the antenna by a waveguide. 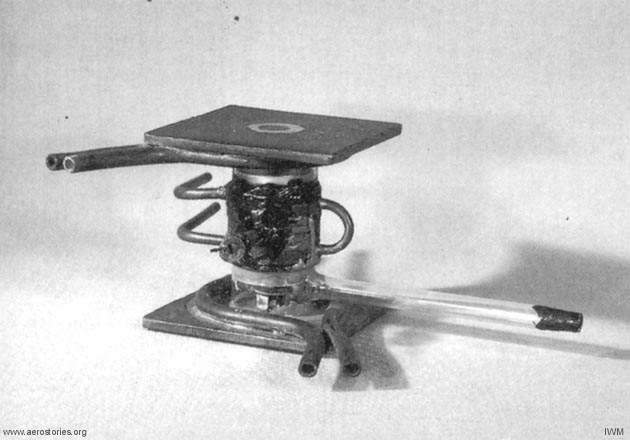 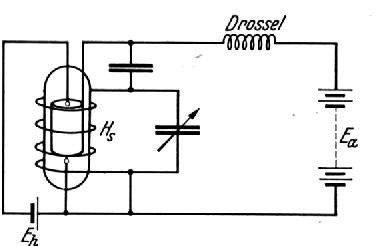 A vacuum tube is still mostly used as an amplifier today. Depending on their execution, they become Klystron, TWT
(Traveling-Wave Tubes) or something like that. In principle, they always work in the same way: a controlled flow of electrons creates a strong electromagnetic field that changes with the current.
The latest development for amplifiers is the so-called gyrotron.

The pulse length of the modulators should be sufficiently small, the reliability and the efficiency as high as possible. The costs as low as possible. Both modulators made from tubes and from semiconductors (shunt diodes) are used today.

The decisive factor for the antenna is that the send and receive directions are as narrow as possible. Parabolic antennas or antenna fields are therefore used, with several antenna masts standing parallel to each other. 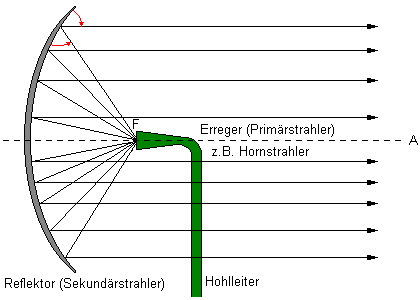 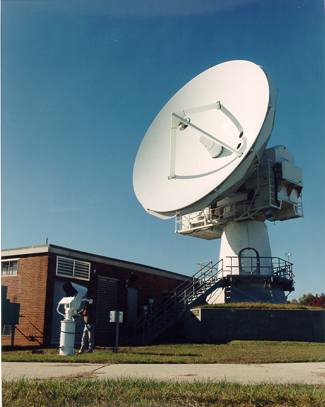 There are two main types of radars: Continuous wave radars,
that transmit constantly, the frequency changing sinusoidally and recognize the received signals by their frequency shift.

The second type is the more common Pulse radar.
This has directional antennas that can systematically search areas or track objects.

Problems and Limitations of Radar

Noise is one of the biggest problems with radar. There are actually two types of noise.
One is the noise of the radar itself. All electronic components (except for the conductors) generate noise. On the other hand, better components and more effective circuitry can be used. If necessary, the components can be frozen, which also reduces the noise.
The second variety is the noise created by the environment. Most of the noise can be suppressed by filters.

Experienced radar operators can distinguish noise from the actual signal. However, false signals from radar are unavoidable.

problem ground: Very turbulent air conditions, reflection from trees etc. Thanks to the reflection of the radar waves by the earth's surface, the radar can actually have a greater range near the earth's surface than high up in the air. The radar wave creeps on the ground, so to speak. However, this phenomenon is difficult to use. First, trees, buildings, hills and other objects reflect the radar signal and hide the actual target. Second, the air close to the ground is also somewhat more turbulent; the radar wave can be broken at the limit of different air density and temperature. The radar wave is also often reflected multiple times from the ground, which makes it even more difficult to interpret the signals received.