How are molars treated?

Chalk teeth in children: how to spot them and how to treat them correctly

Teeth that become porous, that break, that are stained and that hurt even when brushing their teeth - you don't associate that with children. But the common dental disease chalk teeth is a new phenomenon that appears especially in the age of milk teeth. It is unclear why molar incisive hypomineralization (MIH), the technical term, is spreading across so many children's teeth. It cannot be prevented or cured. And yet a lot can be done to ensure that chalk teeth last a lifetime.

Desperate, a mother comes to the practice of children's dentist Rebecca Otto in Jena. Six-year-old Marie (name changed) has been suffering from pain when brushing her teeth and eating for weeks. From the first year of life they came for a check-up every six months, so far everything has always been fine. With the eruption of the first permanent molars, the complaints started. Little Marie comes anxiously into the treatment room, she is afraid of new pain. It soon turns out: Marie also suffers from chalk teeth. A challenge for children, parents and dentists.

What are chalk teeth?

The colloquial term chalk teeth comes off the lips more easily than the technical term. Even specialists abbreviate molar incisor hypomineralization as MIH. Molars and incisors are the teeth that are mostly affected: the molars and incisors; the former more often than the latter. Hypomineralization describes the disease: In the enamel of the teethtoo few minerals are stored. The cause is unclear. The damage is already there when the teeth break through. Experts speak of a widespread disease; more than every fourth child under twelve is affected; for them, chalk teeth are a bigger problem than tooth decay.

How do you recognize chalk teeth?

In the beginning they are spotty, they show yellowish-brownish or whitish-cream colored spots on, furrows may appear on the tooth surface. Furthermore, the teeth can become porous and break easily. Mostly they are very sensitive. Hot and cold things hurt, including brushing your teeth. In extreme cases, MIH can cause so-called teeth Anesthetic failures make, reports children's dentist Rebecca Otto, who has been running the first practice for children in Thuringia since 2009: “The tooth just doesn't go numb.” Why, that has not been researched.

A representative study on the prevalence in the population was published in 2016: the fifth German oral health study. She revealed that 28.7 percent among the twelve-year-olds have at least one chalk tooth. Ten to 15 percent of all children are affected. The phenomenon is divided into different degrees of severity. In most cases (23.3 percent) only part of the tooth was cloudy. The fact that a tooth had to be extracted only happened in every thousandth case (0.1 percent). “Some people say MIH has always existed. It was not recognized because it was superimposed by caries or was mistaken for caries, ”says Professor Stefan Zimmer, President of the German Society for Preventive Dentistry. “That may be true for a part. But from my own experience - I've been a dentist for 32 years - I can say: They have not occurred with this frequency before. “He saw the first sporadic cases in the mid-1990s, reports Zimmer.

When and how do chalk teeth develop?

The enamel of the first permanent molars and incisors develops between the eighth month of pregnancy and the fourth year of life. The disturbance must therefore occur during this period. However, research into the cause of MIH is difficult. “You can't get any further,” says Professor Zimmer. "That would also require relatively extensive research because there are so many candidates."

A multifactorial event is being discussed: Several circumstances would have to occur at the same time. Or it may be that some people are genetically predisposed; a predisposition that only comes into play when another factor is added? To this day, the cause has not been clarified. 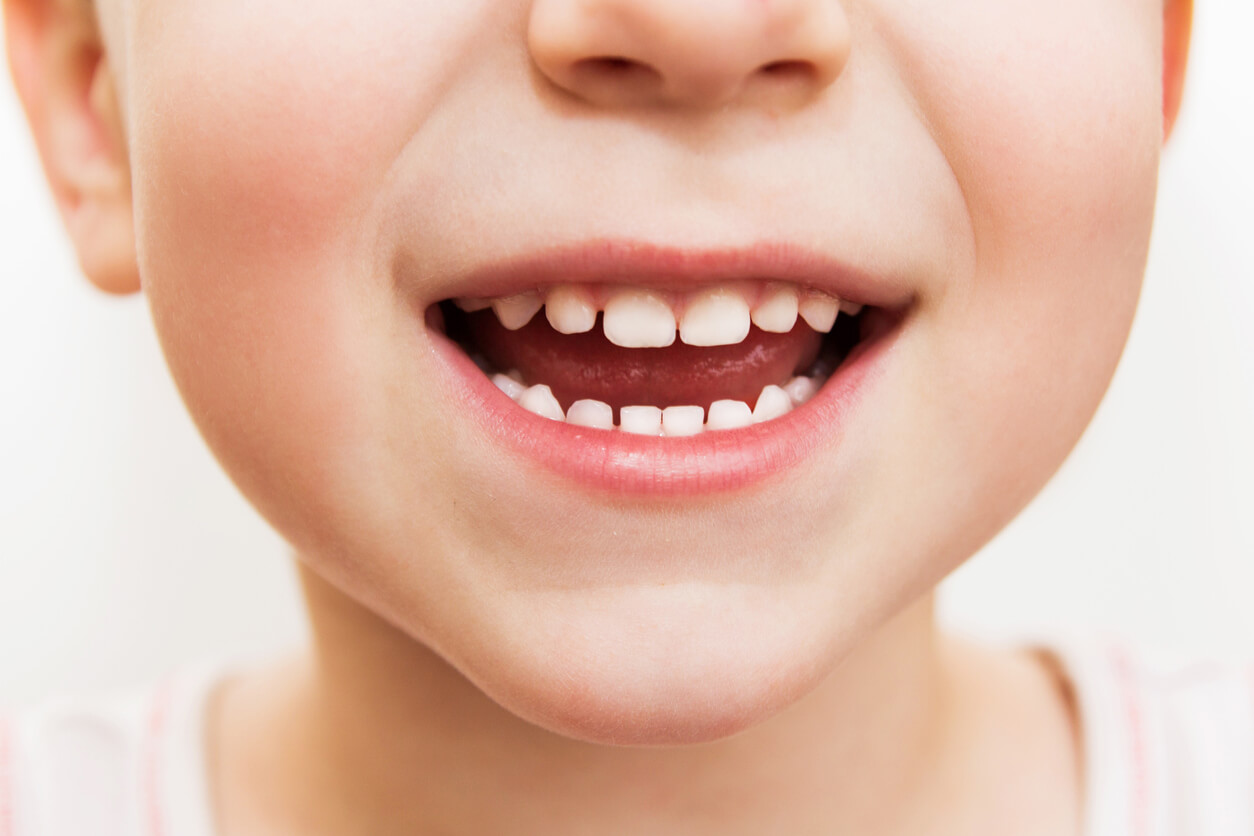 What can you do about chalk teeth?

Brushing your teeth and eating less sugary foods prevent tooth decay. But what can you do against an unknown enemy? Since chalk teeth cannot be prevented, everything should be done to be able to live with them. Parents are in demand here. From the sixth birthday, perhaps a little earlier, the first permanent teeth erupt in your children. Then mother and father should Observe the incisors and molars closely.

“We have developed a flyer with photos that show what a chalk tooth looks like,” reports dentist Rebecca Otto. The earlier the damage is discovered, the better. If in doubt, the doctor can diagnose MIH. “When that happens, the children have to more often to the dentist go ”, says Otto,“ not twice a year, but every three months. ”Good oral hygiene at home is also important,“ the parents have to clean up because the grooves are difficult to clean ”.

Rough, furrowed surfaces encourage the accumulation of bacterial deposits: the cause of tooth decay. The poorer substance of MIH teeth make them even more prone to caries. Fluoride in particular helps against this, says prevention physician Stefan Zimmer. It makes sense to use it before permanent teeth appear. As soon as children eat together with adults, table salt containing fluoride should be used for them. Fluoride toothpaste twice a day, this recommendation always applies; Dosage and concentration should be adapted to the age:

From the eruption of the first permanent teeth: a junior or adult toothpaste with a higher fluoride concentration; Additionally: twice a day a fluoride-containing mouthwash solution or once a week a highly concentrated fluoride jelly. 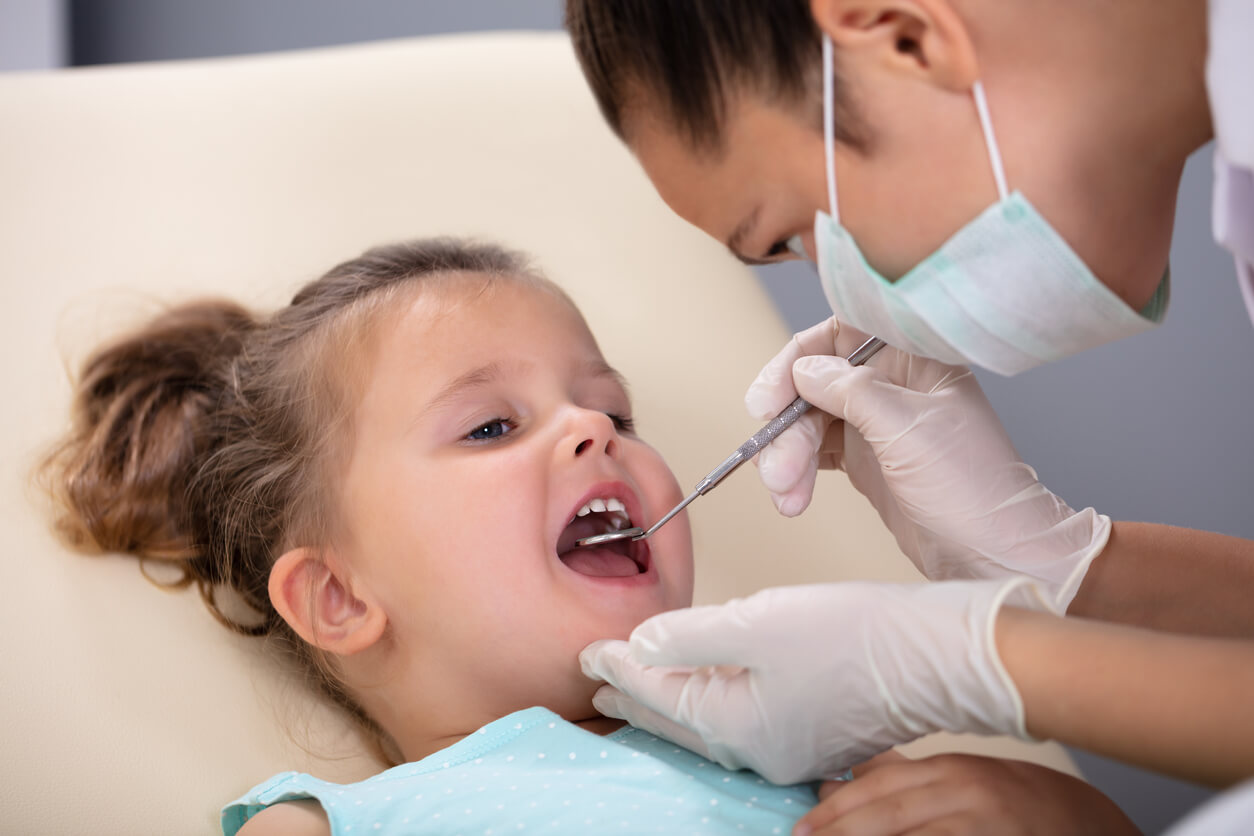 How often do dentists have to intervene further?

Not all chalk teeth are alike, you have to put the numbers into perspective, including the 28.7 percent among the twelve-year-olds: "Of these, the fewest cases are severe cases that really have to be treated, at most it's just discoloration. You don't have to do too much, that is more of a cosmetic nature“Says Zimmer. "In our practice, around every tenth MIH child needs further therapy," reports dentist Otto - this roughly corresponds to the result of the fifth oral health study.

There are three levels of therapy:

Does it make sense for parents to take out additional dental insurance for their children?

Insurance companies generally no longer pay if the damage event has already occurred. It cannot be foreseen in advance whether children will get chalk teeth - and how severe it will be. The question therefore arises whether it makes sense to take out private dental insurance for your own children. Rebecca Otto comments: "It depends on the type of insurance." In individual cases, it could make sense to take out insurance that covers the cost of prophylaxis, orthodontic or other dental treatment that is not covered by health insurance. "But parents have to decide that individually."

If you would like to find out more about private dental insurance for your children, then take a look at our information on the ZahnFlex.Kind tariff at. The tariff specifically addresses the needs of children's dental health.

Once the teeth have fully erupted and children are ready for slightly longer treatments, the doctor can use various techniques to rebuild chalk teeth. You then have a normal risk of tooth decay and can with good care for a lifetime become.