What should we see in Las Vegas

There is no more unusual city in the US than Las Vegas. Its sights consist exclusively of hotels and shopping malls, almost all of which are located on a single, kilometer-long street that also forms the city center: the Strip.

Here you stand for a moment in Venice, the next in Paris and a few steps further in Ancient Rome, marveling at white tigers and artificial volcanic eruptions or taking a lap on a roller coaster or in the Ferris wheel. A city like a Amusement park for adults, but children can also have fun if you avoid gambling a little. 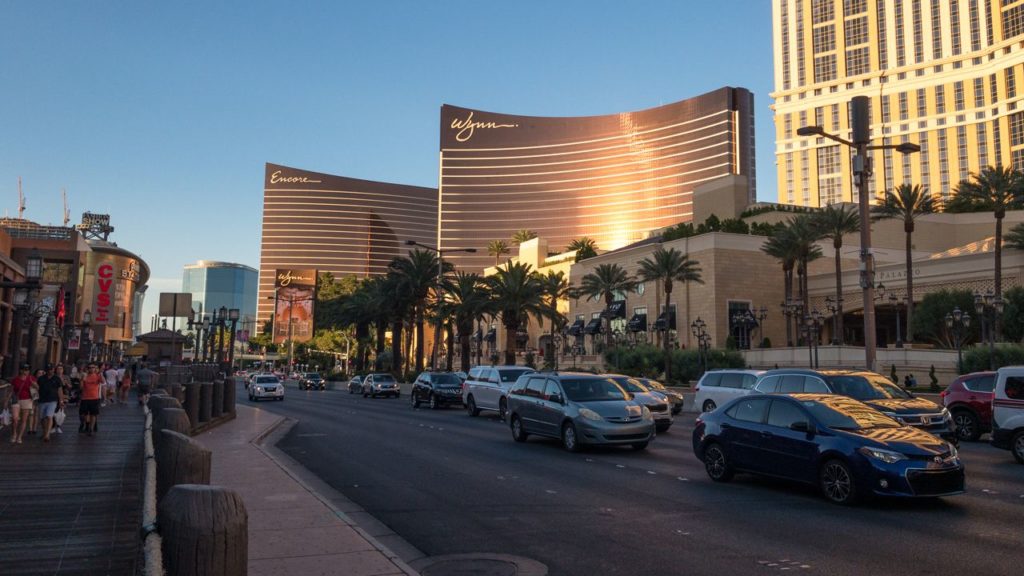 To the ten best sights in town Of course, what counts are the fountain show in front of the Bellagio, which is especially fascinating in the evening, the detailed replica of the Eiffel Tower and the Caesars Palace shopping mall, in which you stroll through the streets of an Italian city - including day and night changes.

But also the incredibly lavishly imitated Venice, the pyramid of Luxor and the roller coaster around New York-New York are impressive - and so much more ... 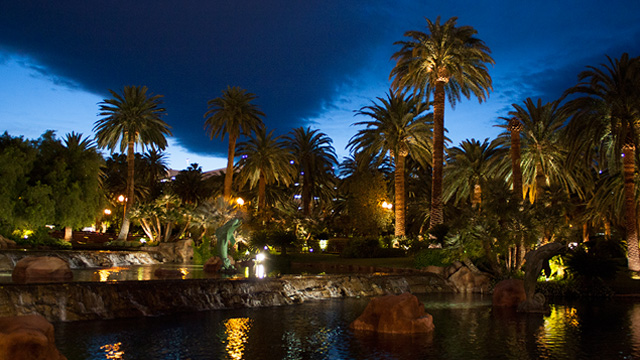 10. The Mirage
Many associate the Mirage with Siegfried and Roy and theirs white tigers and the latter can actually be seen to this day (for a fairly high entrance fee). No less impressive, however, is the free volcano show every evening in front of the entrance - and the "venerable" hotel itself is impressive. 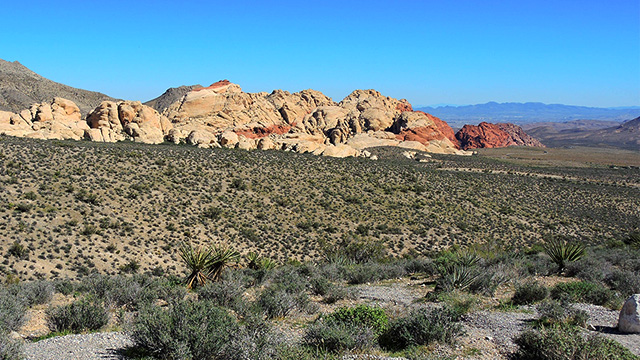 9. Red Rock Canyon
There is not much nature in the immediate vicinity of Las Vegas, what if that Desert location hardly surprising. Locals are drawn to the nearby Red Rock Canyon with its partly red rocks to hike on the weekends. If you can't make it to the Valley of Fire, you could stop by here. 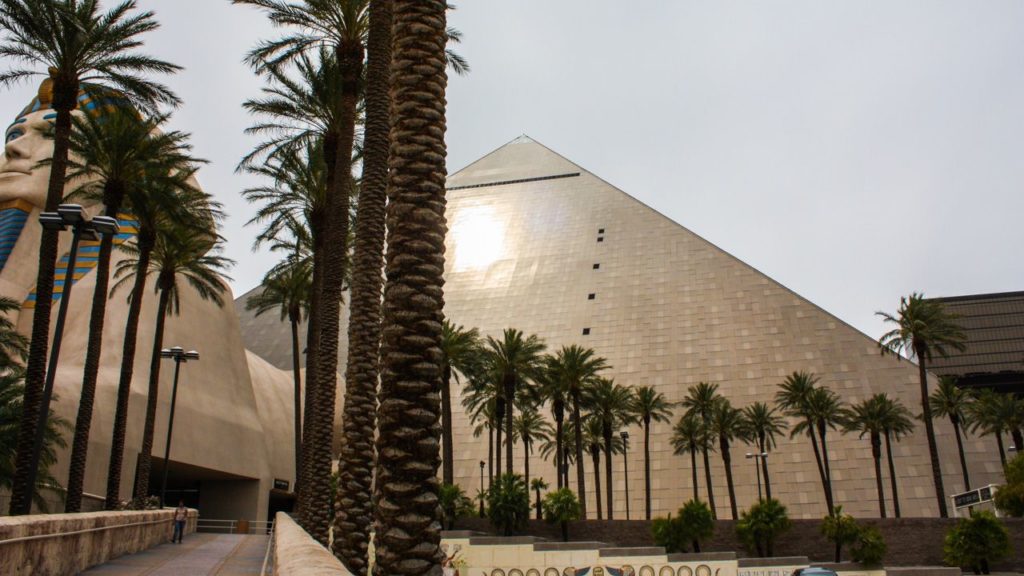 8. Luxor
Now more on the edge of the Strip, the Luxor is still one of the most important sights in Las Vegas. It owes this primarily to its impressive pyramid as well as the numerous statues (including the Sphinx!) in front of the entrance - but the interior is also impressive thanks to the harmonious design and the interestingly arranged corridors. 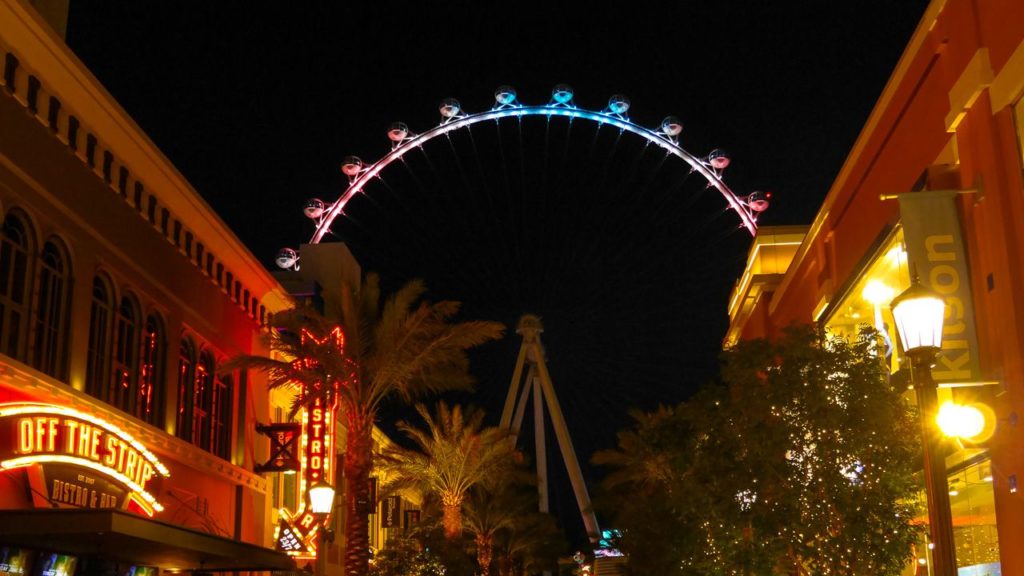 7. The Linq & High Roller
One of the city's youngest attractions is the High Roller, a 167-meter-high Ferris wheel that, of course, is at the same time the largest in the world deals - the previously largest is in Singapore and was surpassed by an “incredible” two meters. A kind of pedestrian zone leads to the remarkable high roller with its nice views, between the repeatedly renovated The Linq and the almost historic-looking Flamingo Hotel, which was also beautifully designed. 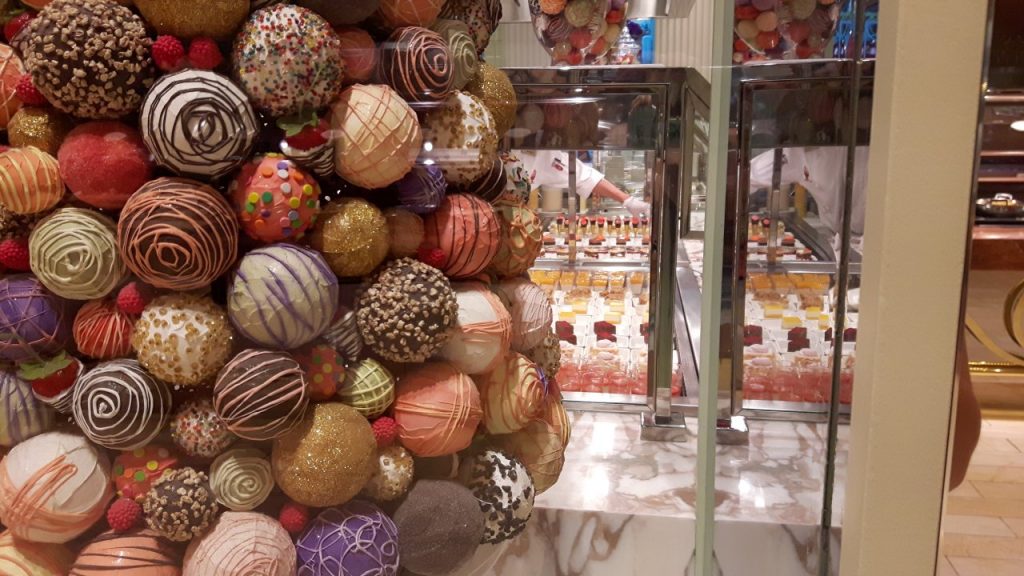 6. Buffet
Even if you don't like gambling, there are more than enough options in the city to keep yourself occupied - and run out of money. One of the nicest is a visit to a buffet, which you can find in almost every hotel and the selection and quality of which can be overwhelming. The currently the best buffets can be found in the Wynn, Caesars Palace and Cosmopolitan. The M Resort just outside is also great. 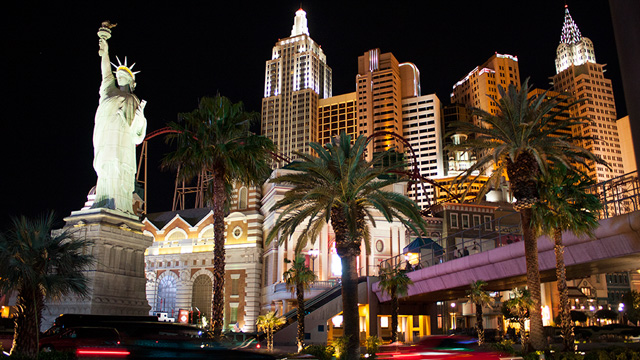 5. New York-New York
His hotel rooms are getting a bit old, on the ground floor and externally, however, the New York-New York has been in recent years extensively renovated. Inside you walk through the alleys of Manhattan, while outside the Brooklyn Bridge and the Statue of Liberty are waiting for you - and at least look very lovingly designed when it is dark. 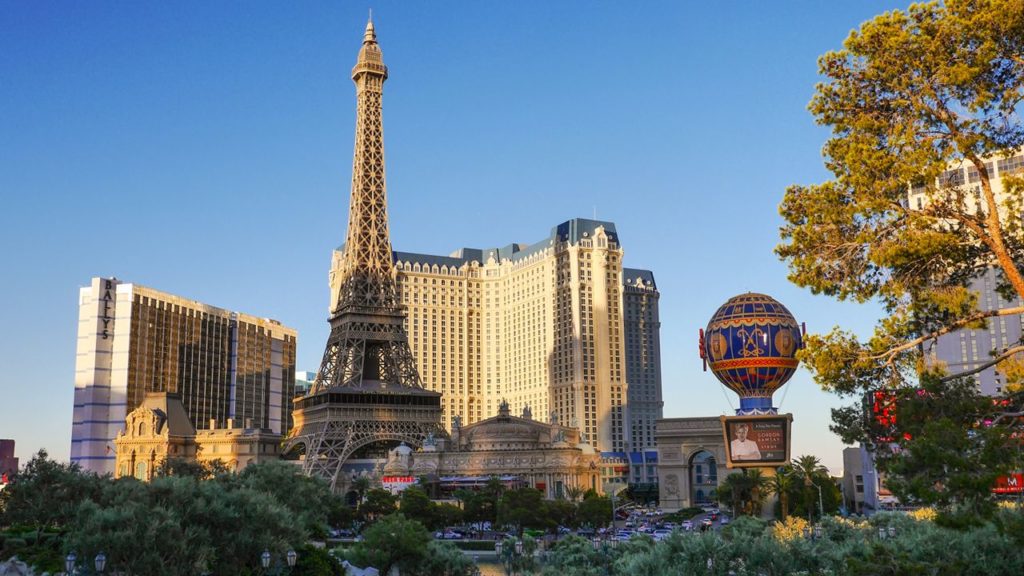 4. Paris Las Vegas
From a long way off you can see the Eiffel Tower of the Paris Hotel, which is at least the half the height of the original and of course also offers a restaurant and views of the surrounding area. Inside, the sight convinces with its French streets and a very nice buffet, which is located in a kind of French village. 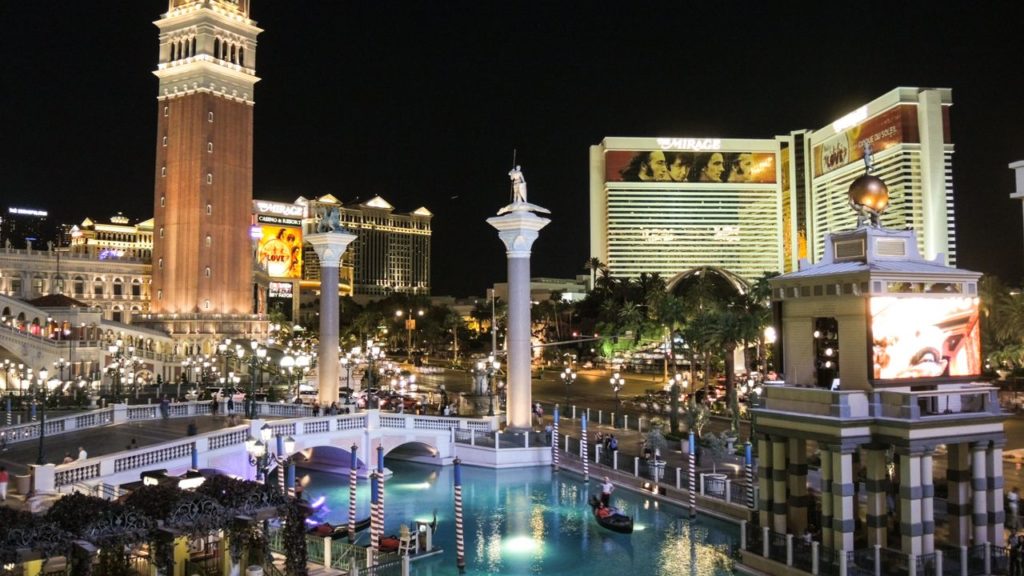 3. The Venetian
The imitation, which is a tad more convincing, is the Venetian, which has been at the same time up to now last big theme hotel in town. The level of detail is enormous, both inside and outside, sinfully expensive gondolas drive along the canals past no less expensive shops. Here you can actually feel for at least a moment as if you were in the real Venice. 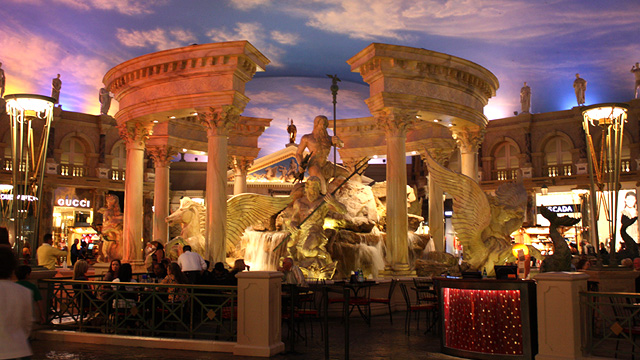 2. Caesars Palace
The Caesars Palace goes in a similar direction, which - the name suggests it - focuses more on ancient Rome: from the Colosseum to statues of Roman gods and legendary figures. For us, however, the highlight is, surprisingly, the Shopping mallwhose shops and alleys are under an artificial sky that regularly alternates between day and night. There are also free shows to see there. 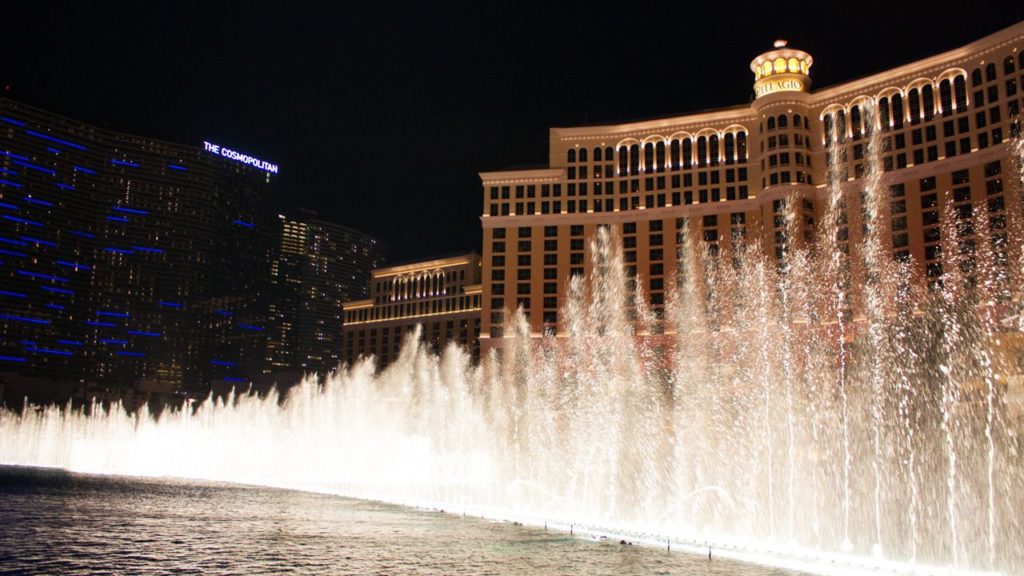 1. Bellagio
At the top of our top 10 is the Bellagio, which you will undoubtedly already know from numerous TV and cinema productions. The one that takes place several times a day Fountain show The artificial lagoon in front of the entrance is a pleasure, as is the “botanical garden” inside, which is regularly redesigned with unimaginable care and attention to detail. A great restaurant and pool landscape rounds off the grandiose impression. 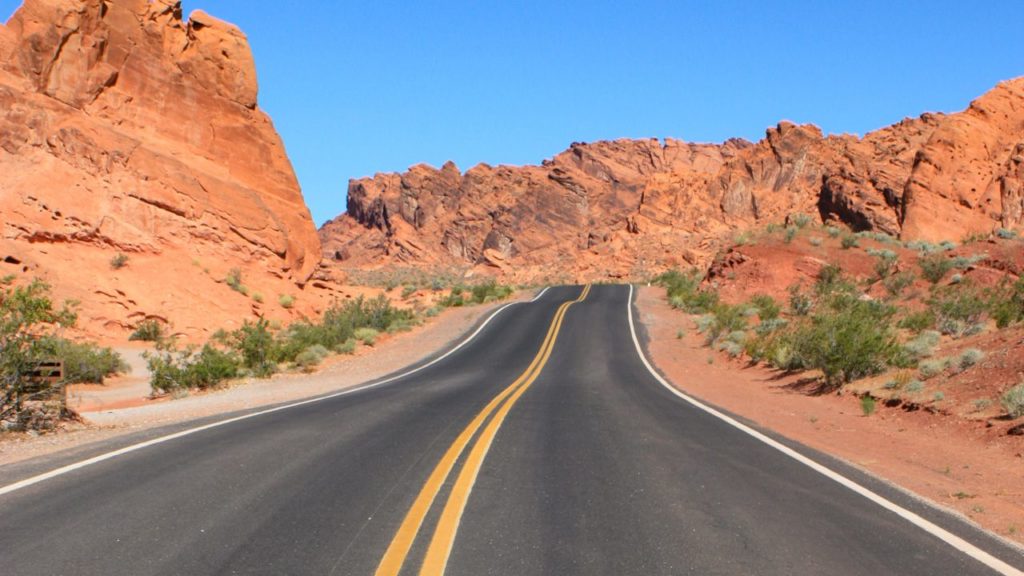 And otherwise?
You shouldn't miss the very beautiful Valley of Fire State Park, which could be accommodated in a route through the southwest on the way to Zion National Park.

Other attractions in the city include hotels such as the Wynn and MGM Grand, the Fremont Street Experience and the Pinball Hall of Fame. 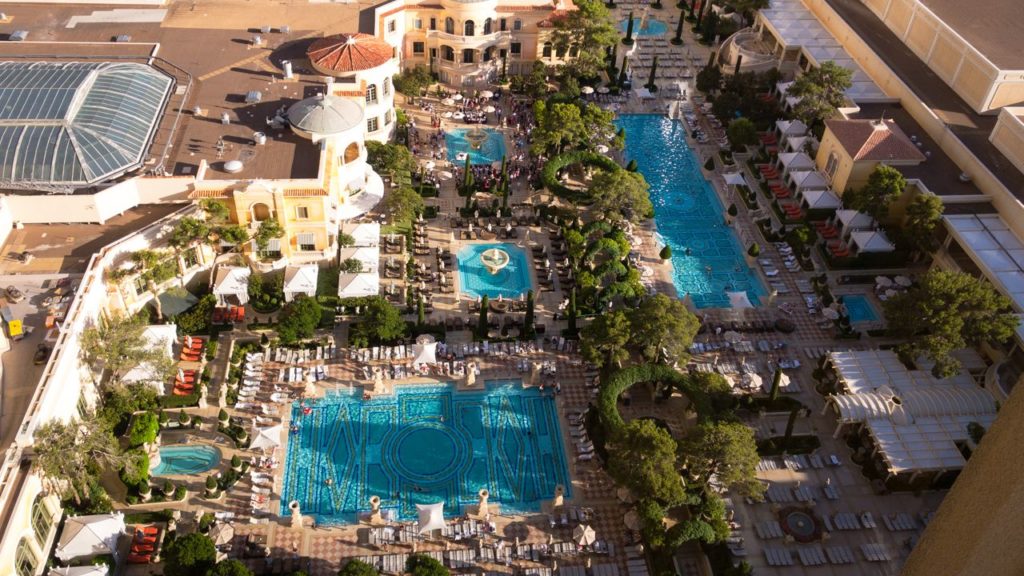 What, where and how long?

Las Vegas is not a city that can be dealt with in half a day - but neither is one that would take a whole week. As a rule, three nights are valid (i.e. a good two days) as useful to get a comprehensive impression of the city.

The first day is taken both during the day and in the evening half of the strip before, the other half on the second day - it's basically that simple. Since the temperatures from May to September are often unbearable during the day and the city doesn't look too beautiful in daylight anyway, it makes sense to concentrate on the inside during the day and on the outside at night.

A hotel on the Strip makes sense, and even as close to the center as possibleto avoid long distances. Thanks to the enormous number of rooms, relatively cheap overnight stays are often possible even in very good hotels.