Why an MBA and IIM 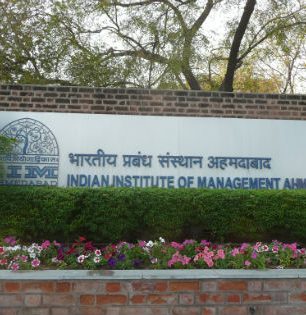 The Indian Institutes of Management (IIM) are among the best business schools in India. Now they can also obtain academic degrees such as the MBA and Ph.D. forgive.

As “Institutes of National Importance”, the 20 Indian Institutes of Management (IIM) have a special position in India. They report directly to the Ministry of Human Resources Development and not to the Ministry of Education. So far, they have not been allowed to award an MBA title. Instead, graduates received a Postgraduate Diploma in Management. The doctoral programs were called “Fellow Program in Management (FPM)”.

Now the Indian parliament has passed a law that allows the IIMs to also award MBA and Ph.D. degrees. In addition, the institutes are given more autonomy in appointing their boards. And the director can now be elected directly by the board. This was previously done by the government (Central Government).

Although the IIMs were previously not allowed to award an MBA, they were placed in the international MBA rankings. The IIM in Ahmedabad was ranked 29th in the Global MBA Ranking of the Financial Times 2017 and the IIM in Bangalore was ranked 49th worldwide. The IIMs in Ahmedabad, Bangalore and Calcutta also have EQUIS accreditation, which is considered the most demanding of the three international accreditations.

The prestige of the IIMs in India is enormous and their strict selection criteria are legendary. Anyone who applies to one of the 20 IIMs must complete the Common Admission Test (CAT). In 2017 there were around 231,000 applicants for a total of almost 4,000 study places.

The aim of the new regulation is to make India's business schools more attractive for Indians and especially for foreigners and to further improve their quality. The number of foreign students has so far been negligible. According to an article in the Economic Times, the IIM Bangalore had eight international students in 2017, the IIM Ahmedabad just three and the IIMs Calcutta, Indore and Kozhikode none.
There is still some catching up to do in terms of diversity. Because so far the IIM students have been almost exclusively men with an engineering degree. There were first successes in 2017. For the first time, three out of ten first-year students at the 20 IIMs were women. At the IIM Ahmedabad it was even 38 percent. The proportion of students without an engineering background also increased there from 20 percent to 32.9 percent in 2017.

Bärbel Schwertfeger is a graduate psychologist and has been working as a freelance journalist in the field of management, further training and personnel development since 1985.
<?