Are there machines that are creative?

In 2018, Christie's auctioned the artwork Edmond de Belamy, which was created using an intelligent algorithm, for $ 432,500. As Kristian Kersting explains, many people asked you at the time whether the machine or the participating artists held the copyright, while he and his colleagues asked themselves: "Does the work of art show that machines can be creative?"

"If we think about how we define creativity, it becomes clear that it will be difficult," admits Professor Kersting, founding member and one of the research co-directors of the new Hessian Center for Artificial Intelligence. Does creativity, for example, require free will and initiative as a prerequisite for drawing something or combining new ideas? And what role does awareness play in this?

“Many journalists and other citizens say that machines cannot be conscious,” says Kersting. "The problem for me is: Unfortunately, we don't have a measurable definition of‘ What is consciousness? ’That’s why I’m open and say: I think it’s worth thinking about in this interesting direction."

Kersting explains that for him it is always a bit like the Turing test - the imitation game that tests a machine's ability to determine whether it can display intelligent behavior that is indistinguishable from that of a human. If he cannot tell the difference between man and machine, that is a great step forward.

“I find it very exciting that some artists now regard computers as a muse and inspiration. I think that's really great. I don't see why machines can't be creative. Maybe I wouldn't say we already have an artificial Jeff Koons - I don't think so. To do this, we need a lot more. "

“I just find it exciting, sometimes to be a bit childlike, to concentrate on the positive and just ask curious questions,” he adds. 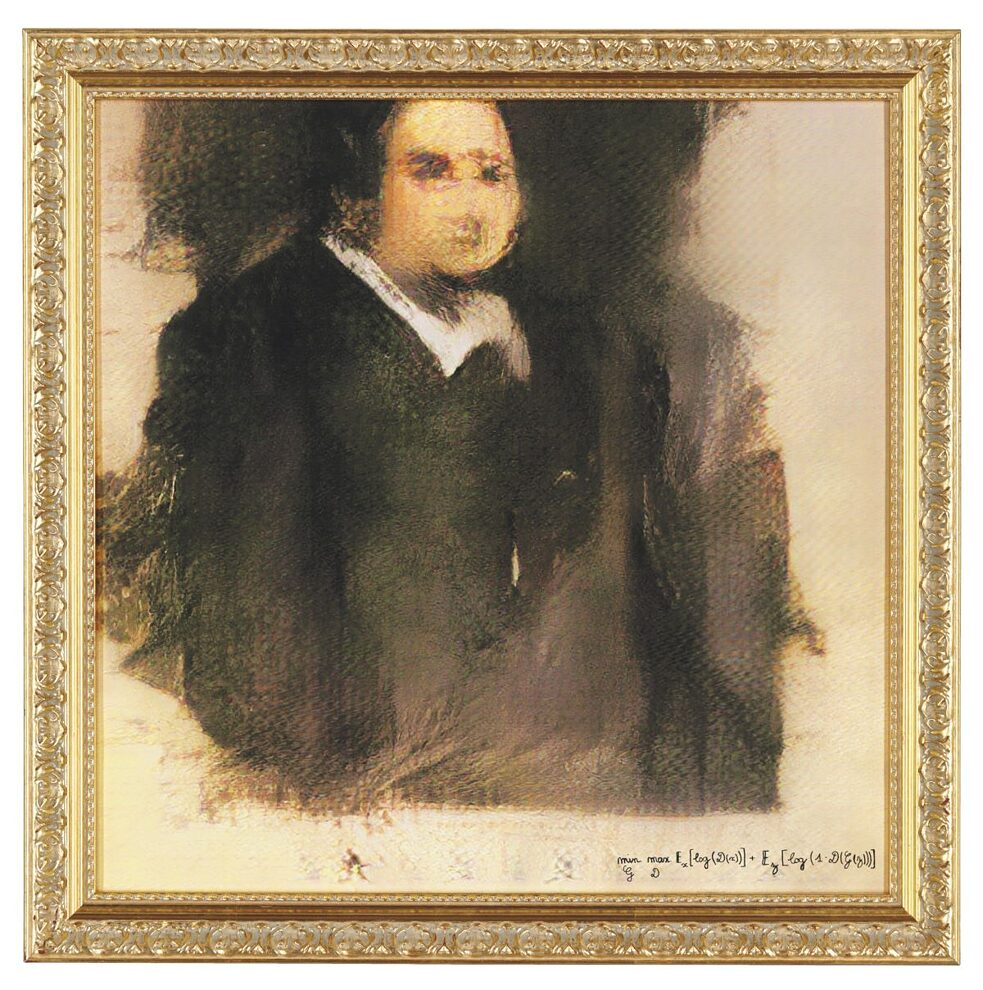 Who are we? And what defines us?

However, an interdisciplinary approach is crucial, argues Kersting. He sees AI as a kind of team sport, which is about getting the best out of the design and use of AI for the common good. The new Hessian Center for Artificial Intelligence, for example, is unique in Germany because it is supported by 13 different universities throughout the State of Hesse. This is also reflected in the institutional intention of a broad research and solution-finding approach for some of the most important challenges of our time.

The research that the center has undertaken also includes promoting a creative environment at the interface between AI and culture. For example, AI scientists are investigating whether machines can understand humor or historical texts or how centuries-old remains can be put back together in archaeological projects with the help of AI.

For Kersting, the questions of who we are and what defines our being are at the center of psychology, cognitive science, biology and, of course, artificial intelligence, and they can be found throughout history. The German philosopher Gottfried Wilhelm Leibniz pondered whether thinking could be formalized, and even the ancient Greeks thought about a robot-like being they called Talos. However, Kersting points out that the difference today is that people now have machines that can think and begin to develop common sense. So we don't just think about the problems, we create completely new options for action.

"We can not only ask how we can make intelligence measurable and even observe it, but all of a sudden we can also simulate or produce it to a certain extent," he explains. “At first I can understand that this scares some people at first sight. After all, we are used to being the culmination of creation. People have the feeling: My God, am I still special at all? ’" 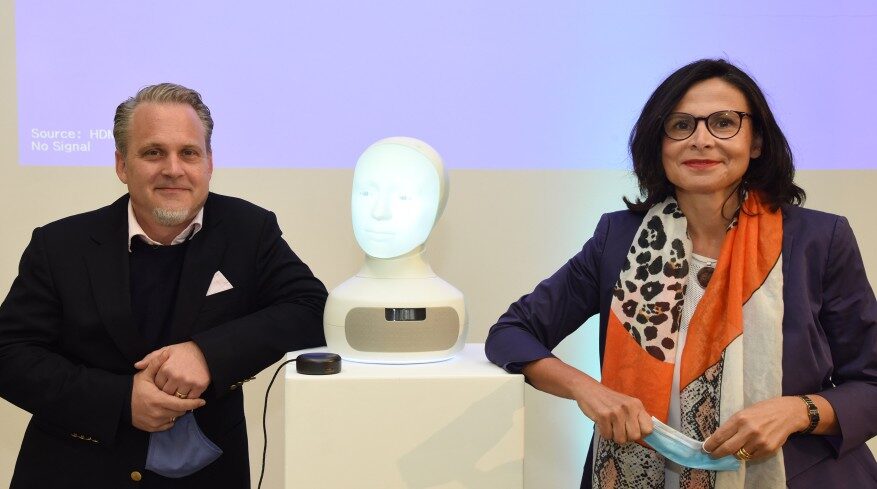 Lack of knowledge or fear of data protection?

As Kersting explains, fears with regard to artificial intelligence are particularly pronounced in Germany, while people in China or the USA are more open to AI and accept it positively despite existing concerns.

“Delivery Hero or similar services have been around in America for a long time and people tend to think: 'Can't the drone send me this to the window on the 15th floor? Why do I have to run down there? ""

Kersting wonders whether his compatriots' concerns are the result of a lack of knowledge and understanding of these issues. Or whether a stronger appreciation for privacy and data protection in Germany and in large parts of Europe is responsible for the greater reluctance to use AI.

“I don't think that people are fundamentally against data collection,” explains Kersting and adds: “The picture might look very different if the data were recorded publicly and transparently and made accessible to others. If there was something that was open and accessible to many companies and that benefited many citizens. Why not? Then collecting data might not be that difficult. "

Kersting, whose Artificial Intelligence and Machine Learning Lab at TU Darmstadt won the German AI Prize in 2019, also has the book with his students How machines learnpublished to demystify the field of AI. He emphasizes that one shouldn't talk about the area without knowing what is possible and realistic. However, you shouldn't wait too long to find out about the technology.

“In Germany we tend to discuss things first and want to determine everything in advance before we start something, that's German nature. “, Explains Kersting. “Sometimes I would wish there was a little more creativity and the opportunity to ask childlike questions‘ Let it depend. Let's see ’. I don't think we can completely tie the future in place beforehand. " 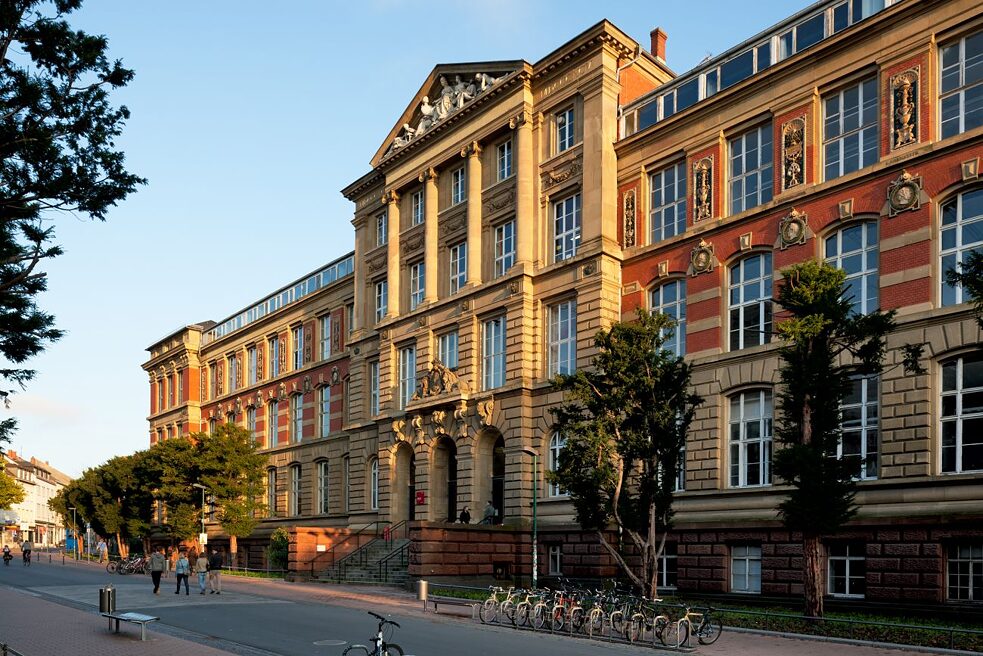 The TU Darmstadt, which will work in partnership with Hessian.ai, is one of the leading technical universities in Germany | © Thomas Ott / TU Darmstadt

It's not always about people

Often the debate about the definition of intelligence is too focused on people, criticizes Kersting. “Artificial intelligence isn't always about people. Of course, humans are a great example because not many other systems are known that are just as intelligent. "

Kersting mentions autonomous driving as an example. “If we took people as role models, we wouldn't achieve anything new. Then we would have just as many traffic jams and just as many accidents. Our goal may not always be to imitate humans, but to understand what intelligent behavior is - sometimes it can even be the behavior of a fly, ”he explains. 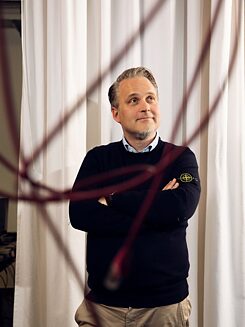 Professor Kristian Kersting | Photo: Katrin Binner / TU Darmstadt The key question is how computer science and AI can help the world and make it better, suggests Kersting. “There is great work being done on how to avoid overfishing and still have enough fish to feed mankind. So it's about using a mathematically optimal process to give politicians or fishermen instructions for action. And if you follow them, you will still be able to fish ten years from now. "

"Humans themselves have many distortions and I would like to fix them if possible so that we can live in a better world."

Of course, that doesn't mean that every application of AI has to be good, admits Kersting. “For example, I don't want an atomic bomb, let alone an atomic bomb that is controlled by an autonomous AI system. Nevertheless, I think radiation is important and good in medicine. "

"What we need is the discussion about what we want and what we don't want."

More keywords from Kristian Kersting about the future of creative AI can be found here.
<?